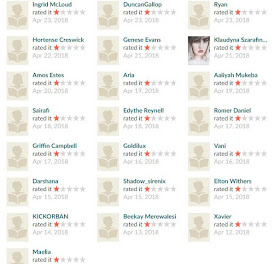 One cover, many books! 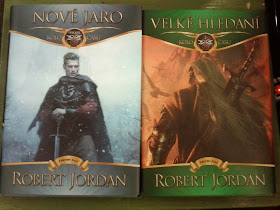 Someone sent me this image of the Czech editons of two of Robert Jordan's Wheel of Time series (by Fantom). The US cover art for Prince of Fools and the art for the cover of an edition of Stephen Erickson's Gardens of the Moon are serving in a rather different capacity over there!


This is nothing new of course. Last year a Polish publisher were going to put the King of Thorns artwork on a Brandon Sanderson book! 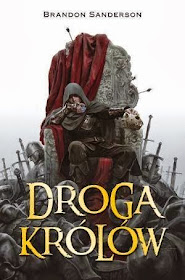 None of this is unusual of course. On Mazarkis Williams' blog we see one cover being used for four different authors! 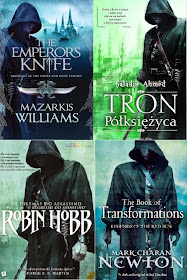 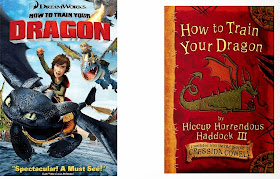 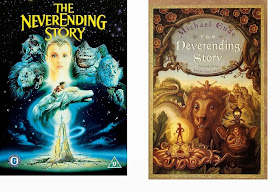 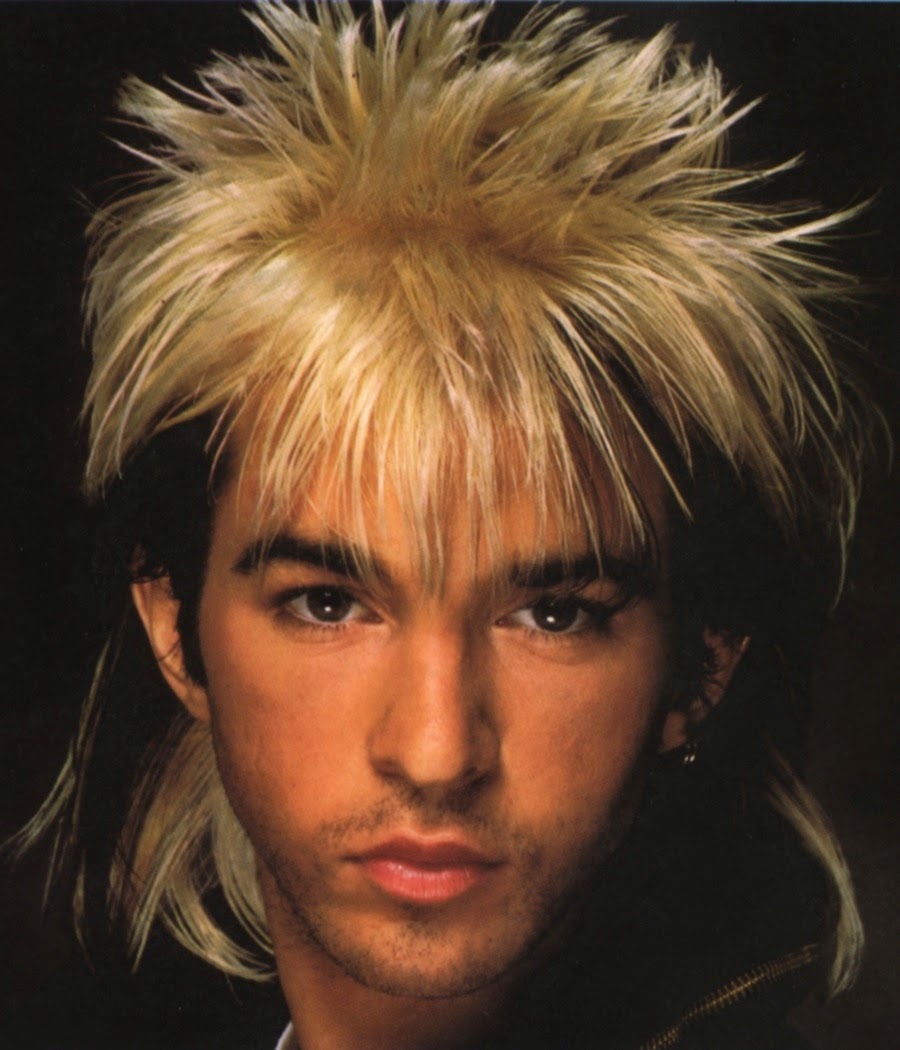 If anyone wants to put forward a brief case for or against in these cases then I'm happy to move it up into the blog.
Mark Lawrence at 10:49 8 comments:
Share 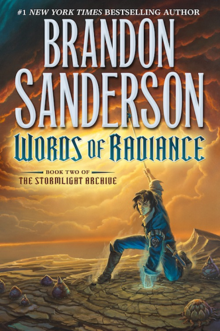 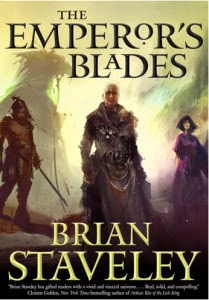 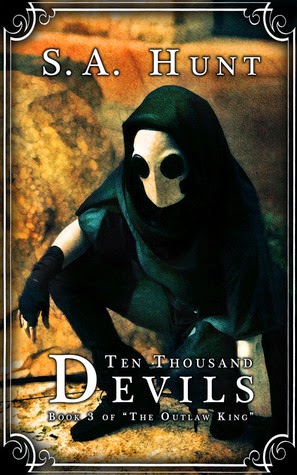 What Would Jorg Do?


Introducing a new online counselling service wherein Jorg offers advice on matters as diverse as relationships, careers, and the destruction of one's enemies.

You're welcome to enter your questions in the comment section below, and Jorg will address them in a thoughtful and sympathetic manner when and if he can be bothered.


A Question from Denmark:

Dear Jorg,My nefarious uncle killed my father, married my mother and dispossessed me of my rightful inheritance I initially planned to stab him while he prayed in church but thought "you know.... that's probably too good for him". Now I mope about the palace and get all emo with my crazy girlfriend. I think I could be happy if I forget about the past. Who knows, maybe i could go to dental school! Should I get on with my life or embark on self-destructive roaring rampage of revenge?Sincerely,Prince H.

Three things, Prince Hamlet. First, do not under any circumstances accidentally murder your girlfriend's father. Probably best not to do it on purpose either. These crazy types can be unstable. Secondly, watch out for poison. In the ear, in a cup, on a sword, wherever - just make sure you have a big jug of antidote on hand at all times. Thirdly, killing is always too good for treacherous uncles. Any good castle should have a nice deep torture pit somewhere. If you have trouble locating yours try consulting the manufacturer's website. Often they're on the underneath.

Dear Prince Honorous Jorg Ancrath,My professor of medieval literature gave me a B when I should have received an A. However, I am fond of the little man. I want him to suffer but I also want to have him live. I have thought about putting laxative in his coffee or perhaps to slash the tires of his car or perhaps I'll put some sugar in his gas tank. You know, things that would spoil his week but not hurt him too much. What would you do? Warmest regards,Vivian's evil twin sister.

Vivian - you're thinking in the right direction but lacking finesse. Firstly it's important the the error that has occasioned your anger is corrected. Secondly, context is always important in revenge situations.

Capture your medieval literature professor and take him to a suitable medieval torture facility - such as the London Dungeon after hours. Strap the prisoner into a suitable correctional device and offer him the chance to regrade your paper. Remember to use the line given to us by the immortal Marcellus Wallace  I'ma get medieval on your ass.. Once the A has been delivered you may proceed to give as much correctional torture as you see fit.

Dear Jorg,I've recently become a manager in my job as an archivist. I have a compulsively lying disobedient fool on my team who will do pretty much any task other than the one I have assigned him. How should I handle this? Perhaps igniting a builders sun over his part of London?

If you're the kind of archivist they have in the Natural History Museum, the kind that stores lots of little samples away in thousands of tiny drawers, then the solution is simple. Cut the offending team member into a great number of small pieces, label each, and store them in the appropriate drawers, ensuring that the labels are sufficiently boring to dissuade inspection, and that the reference codes don't appear in the main index.

An alternative, if you're the boring paper-based kind of archivist, is to tell the team member that they have been promoted, and that their new official job title is Compulsively Lying Disobedient Fool. The physical side of the punishment will have to rely on the tools of your trade. Immobilise the CLDF with sticky tape, then administer an appropriate number of paper cuts. You may have to use the stapler and scissors too if the problem continues.

I'm moved to blog partly by this review of The Liar's Key, which contains the surprising line:

I now have a favourite literary sex scene! 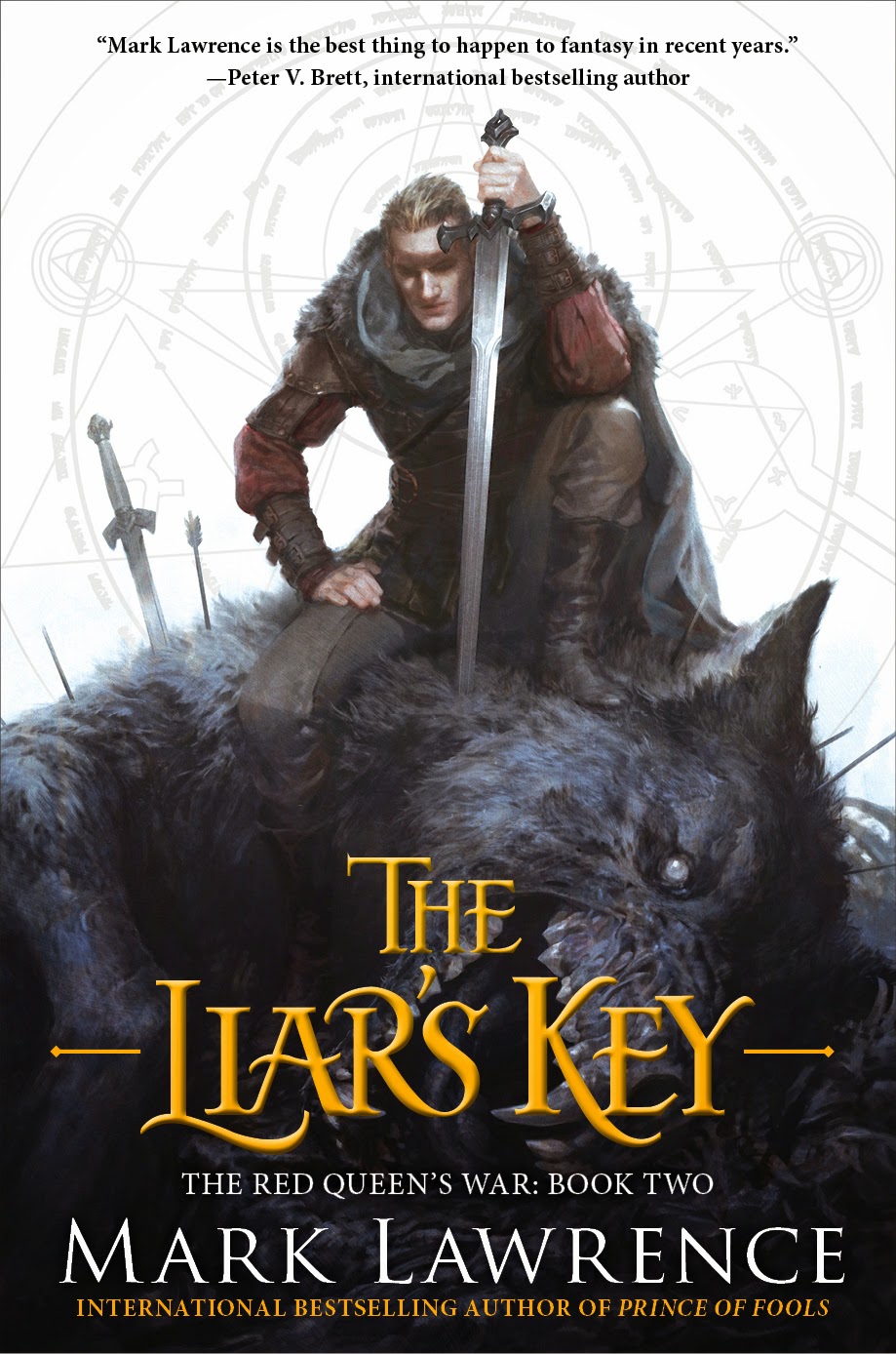 And partly having read a discussion on reddit r/fantasy, "do you think sex is hard to right(sic) in fantasy?"

Now, my own scene was probably the reviewer's favourite because it's funny and there are cows. But there are more general points to make - and here's George RR Martin making one:

“I can describe an axe entering a human skull in great explicit detail and no one will blink twice at it. I provide a similar description, just as detailed, of a penis entering a vagina, and I get letters about it and people swearing off. To my mind this is kind of frustrating, it’s madness. Ultimately, in the history of [the] world, penises entering vaginas have given a lot of people a lot of pleasure; axes entering skulls, well, not so much.”

And it must be said that George's books have more sex in them than many fantasy books do. Though far less than is on screen in the TV adaptation, and perhaps not very much on a per-page basis ... he just writes a lot of pages!

I'm sure that, as many people have said, the causes for the imbalance are several in number and prime amongst them are society's irrational prejudices and prudery. Violence (generally illegal, cruel, and destructive) is lauded and spot-lighted, sex (generally legal, kind, and productive) is considered shameful and hidden.

However, I have a couple of additional thoughts on the subject - not perhaps the prime causes but possibilities to be considered:

I wonder if one factor might not be that when it's violence we're reading about we're generally interested in the outcome - we want to know who will win, who will survive. The protagonists haven't just said, "let's have a spot of violence, shall we?" ... it's about something. Whereas sex is an end unto itself, and if you're not a participant, one might wonder what the point of being party to it is.

A sword-fight has to be pretty unrealistic before many of us complain because few of us have any real experience of sword fighting. Similarly with GRRM's axe-entering-skull - how many of us will be jarred out of the story by the sudden thought that 'no, the last time I put my axe through someone's skull it was rather different'? Sex, on the other hand, is more difficult to get right on the page - people have opinions, experience, and it's far more easy to lose them with a clunky line or an image that for them is unintentionally funny.

After all - get it wrong and you might find yourself starring on the Worst Sex Scene lists that crop up every year!