It's that time of year again!

You can vote in the Goodreads Choice Awards 2018.

Here are the 15 nominees, ranked by the number of ratings they have, which in turn indicate the relative number of sales they have had. It's a good indicator of who will win.

I've also included the average rating score. Remember this tends to decrease with number of ratings and to increase with the number of the book if it is #3 in a series etc. Also the more popular authors with a loyal following tend to score well.

Anyway, Grey Sister is in the mix so your support will be much appreciated. My vote went to Senlin Ascends, a wonderful book for which I am sure many of my readers will vote since I have steered so many to it. 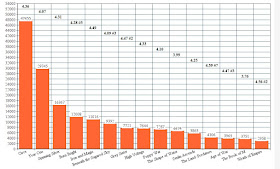 One Word Kill, the early reviews!

These are all the reviews I know of.

It's super early but the first review for Prince of Thorns was 9 months before publication. That was, of course, to introduce me as a new author. But One Word Kill is my first sci-fi book and as I am trying to break into a new genre it is sensible to signpost the move well ahead of time.

So here you go! 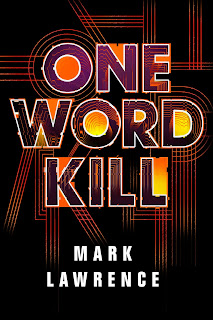 The Fantasy Hive: "an enthralling tale about people challenged by dire adversity, and isn’t that at the heart of every great story?"

Fantasy Book Review: "The ending is absolutely spectacular and wraps everything up perfectly. I loved the setting, the protagonist, the characters including the supporting and very minor players, the thrills and spills and emotions. "

Booknest: "All in all, One Word Kill is one of the best books I've read in my life, and I'm confident it will prove to be the same for you too."

Diary of a Book Addict "I had a fabulous time reading this and have felt sadness, anger, happiness, laughter all whilst reading One word kill."

Holy Sister has a US cover!

The excellent Bastien Lecouffe Deharme has supplied the art that Ace used for this cover for Holy Sister. 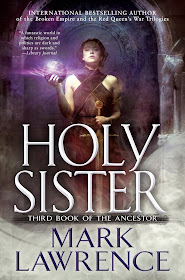 Pre-order for the win!

Horsemen of the Apocalypse!

So, way back in 2015 I came up with an idea for Horsemen of the Apocalypse, a card game. And Ragnarok Publications ran a kickstarter to make that idea a reality.

The kickstarter got funded (yay) but things did not go smoothly. Ragnarok (who received the kickstarter money) nosedived into chaos and eventually disbanded.

Thankfully, after years in the doldrums Gallant Knight Games rode in to save the day and deliver on the kickstarter.

The decks went out. Backers got to play the game. Everyone was really good about the delay, and fun was reported once the cards got into play.

Gallant Knight Games have now put the game on sale so that the wider public can have a go without the drama and delay of kickstarting it. You can just order a deck and have it delivered swiftly to your door!


See the promotional video from the kickstarter.


Here are a few shots of the game in action. This example is a two-player game, but three or four can also play. 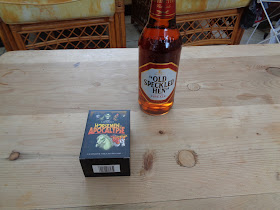 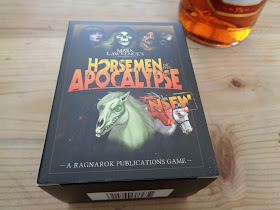 The rules are rather like the pirate's code ... more by way of guidelines. 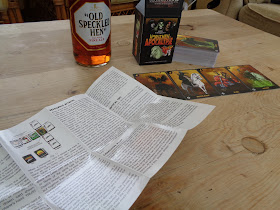 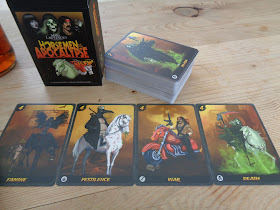 Get started by dealing ten cards to each player. 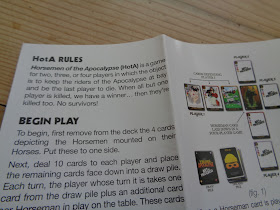 Player 1 got this lot. 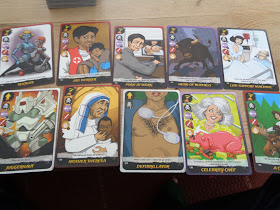 Player 2 got some effect cards and two horsemen in his deal. 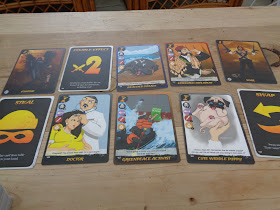 After a couple of rounds Player 1 puts down Famine. Both players arrange their delay cards around her. 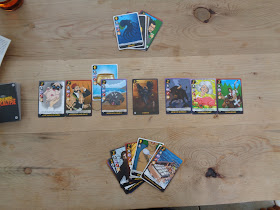 Player 1's first line of defence is a Beached Whale boosted by Underpants of Awesome so that its defence against famine is 5. Enough to resist a mounted horseman! Behind that he has a diplomat and a puppy. 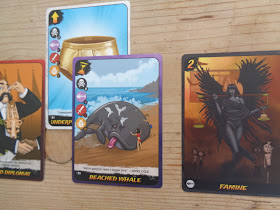 Player 2 has a similarly robust defence against famine, with a Herd of Buffalo in the front rank, backed up by a Celebrity Chef and a Canadian! 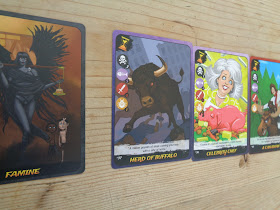 Later Death's Horse is drawn and immediately goes into play. 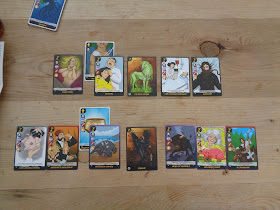 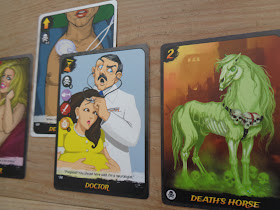 Player 2 deploys a Life Support Machine backed up by Rasputin. 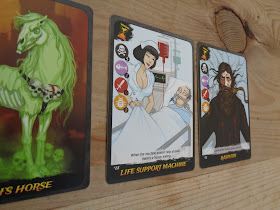 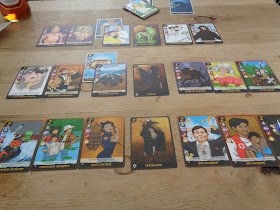 Player 1 deploys a Rat Catcher backed by Confused Tourists and ... it looks like Cub Scouts? 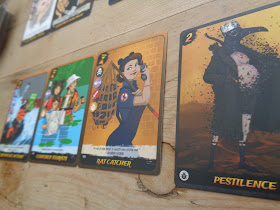 Player 2 deploys Big Pharma, an Aid Worker, and as a last line of defence ... Florence Nightingale. 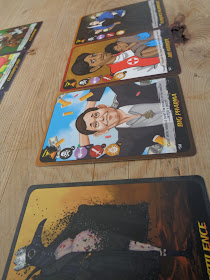 Player 2 strategically boosts his Herd of Buffalo to a defence of 6 with a Missed Meal and adds a Cake Factory on the end. Famine may be mounted now, but she isn't getting through that lot! 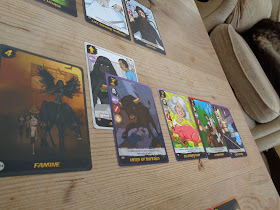 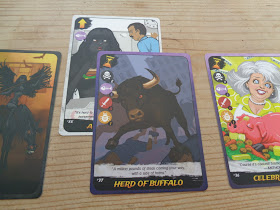 Player 2 uses a leviathan boost card to strengthen Famine to an attack of 5. Player 2's boosted Beached Whale goes down before her. The game's first blood! It leaves only an Esteemed Diplomat, a Puppy, and Two Nuns in a Bath to keep famine at bay. They won't last long! Unless Player 1 can rustle up a defender with strength 6 vs Famine or manage to have some other Horseman get to Player 2 soon he is going to lose! 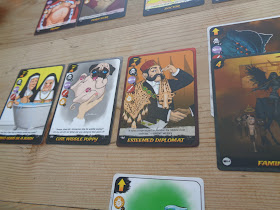 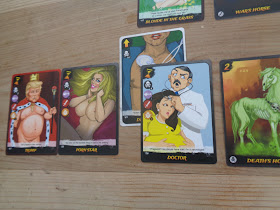