These are not the resolutions you're looking for...

So I've been meaning to write this blog for a while but Chuck Wendig went and wrote it while I was cogitating.

The tl:dr version of Chuck's post and this one is that very often the reader doesn't want what they think they want, and that story telling is often all about withholding.


What prompted me to want to blog on the subject was a conversation I had with Peter V Brett about his latest book, The Daylight War which I review HERE.

The tl:dr on that is: excellent 5*, if you haven't started this series go buy The Warded Man right now and thank me later. 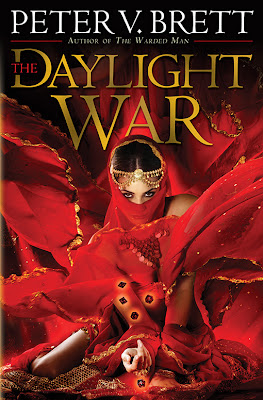 So﻿, to the meat, which will shortly bring us full cycle to Chuck's well made points.

I was speaking to Peat shortly after the release of The Daylight War and we'd both been reading reviews on the book. As with every book ever published the range of reviews ran the whole gamut from toilet paper to holy tome of awesomeness. A quick check on Goodreads will show that the thousands to rate the book average on the awesome side of great.

A fair number of reviewers of any book point out things that didn't work for them. Some of them point these things out as if they were mistakes - as if there is a chance the author will on reading the review slap themselves soundly on the forehead and beseech the heavens, "If only I'd known!!"
... when in fact in the overwhelming majority of cases the offending aspect is a choice rather than a mistake. A choice that works for one person, and maybe doesn't for another.

The particular issue we talked about was pacing. A number of reviews picked out the pacing of the book as a failing in a 'what were you thinking' kind of way. As if Peat might be reading the review and suddenly (see diagram above) apply palm to forehead and say "OMFG! The pacing, I forgot all about that... what the hell was I thinking."

The complaint (far from universal) was that over the course of the book the actual progression of the foremost timeline is modest. [I have previously blogged on the issue of 'There is no NOW in storyland']. And additionally that the war on the demons makes only modest advances.

The plain fact though is that we could have all that information spilled on us in 50 pages (10 probably) and we'd sit there holding the shards of the ruined story saying, 'Oh!' and realising far too late that we'd broken what we tried to reach for, like a baby trying to clutch the irridescence of a bubble. 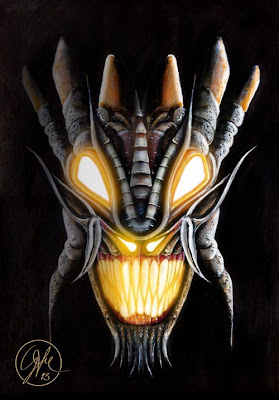 Moreover - although the demons are fascinating... THE ARE NOT THE STORY. They are the pressure. The characters are the story and Brett puts them under pressure so we can see into them, so they can be exercised in front of us, so their story is driven on. And their story doesn't exist in any pretend 'now'. I'm learning about and enjoying the dynamics of these characters whether the things I'm being told about happened twenty years 'before' or 'right now' ... it's on the page in front of me - that's what matters. And the pace that really makes the difference to my enjoyment is the pace of the story about these people - not how rapidly the global conflict with demonkind is collapsed around me.

Another truism of writing is that 'boss battles' are often anticlimactic. Even in video gaming boss battles often suck compared to the journey of reaching them. We think we want to see X confront Y and sort this out once and for all... but really, that's not the resolution we're looking for.


At the end of the day writing is a strip tease. The story could walk on and toss all its clothes on the floor in five seconds flat. you might think you want that - the story wants you to think you want that - but it's not going to give it to you because if it did you'd want your money back.