Can we expect bestsellers from the SPFBO?

To contrast the level of attention this year's 300 authors are getting compared to what they might expect from a real agent ... I questioned two such a beasts. Successful ones.

One of them was my own illustrious agent, Ian Drury! 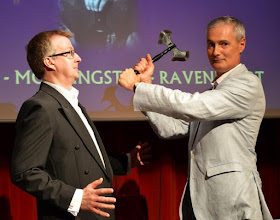 Both typically spend 5 to 10 minutes with a manuscript and given a pile of 30, such as the SPFBO blogs are allocated, both would expect to be mailing out 30 "no thank you's" after a day's work. The reason you might have to wait for that "no" is that they have many other things to do and may not get around to looking a manuscripts for some time.

The 5+ months that the blogs take to consider their 30 books now looks pretty damn good! Some of them review EVERY book too!

Anyway, that's how tough it is and that's how quickly they go through the slush making decisions. The rest of their time is spent pitching the work of and dealing with the needs of existing clients. 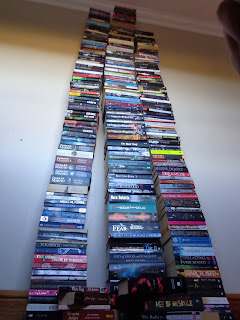 One of them gets 30 submissions a week (cover letter, synopsis, first few chapters) and the other 50-60. They call for around 6 full manuscripts a year. That's <0.4% of submissions leading to a full read. In those cases they will typically get back to the author within a week. Most of those guys they still don't take onto their books.

So that's >52 SPFBO blogs' worth of books seen each year (let's call it five SPFBOs) leading to maybe 1 or 2 new clients.

And we are only on our 4th SPFBO!

And most traditionally published books don't earn out their advance (which averages around £5,000). 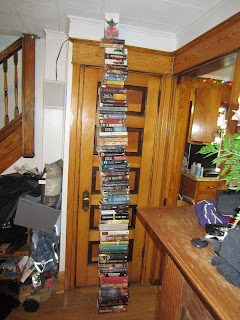 So, the strong implication (but this is not necessarily true) is that with 10 weeks' worth of what passes over an agent's table we cannot reasonably expect to find a best seller in any given SPFBO - though we can definitely hope - and that with 1 week's worth of an agent's inbox no blog can expect their finalist to fly - but again, it can happen.

The other interpretation is that the process the agents use to filter books is very flawed. But even if their inboxes are crammed with books that could sell 100,000+ the fact seems to be that there is simply no room for such numbers in the market.

The question is does the market hyper inflate books that are only slightly better (or no better at all) than others (which sell very poorly?) And my own opinion is that it definitely does to a significant extent.

Or are the vast majority of books incapable of sustaining a large readership no matter what breaks they are given. And my own opinion is that this is also true to a significant extent.

I.e. I feel that many great books definitely fail because the winds of chance don't blow favourably for them. And simultaneously that only a small % of books out there would sell in huge numbers even with those winds filling their sails. 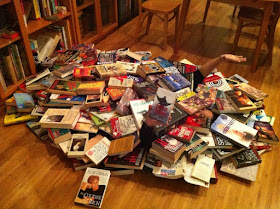