My books have been published in 26 languages (not all of them, but at least one of my books in at least 26 languages). My experience with foreign publishers has been varied. There are several stars who not only uphold their contractual obligations but make significant efforts to sell the books and succeed in doing so. 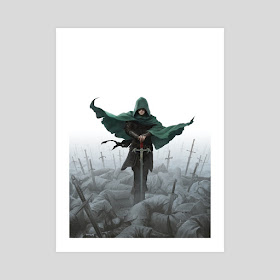 An author is an individual with essentially zero power in these cases. Even with the help of an agent you have very little clout. It's not practical to pursue publishing companies in another country over relatively small sums and in the end you're not only trusting them to pay you but to report the sales accurately. All the balls are in their court.

The following example isn't the best or the worst, but perhaps gives new authors a flavour of what they might expect.

In April of 2011 I signed this contract, assigning the foreign rights to Prince of Thorns to a respected publisher in a European country.

In 2014 my foreign rights agent sent me an email containing:

I’ve also had a query from your XXXX publisher XXXX. They’re about to reprint PRINCE OF THORNS (they’ve sold about 4,000 copies) and have asked if they could include SLEEPING BEAUTY as a reader bonus in the new edition. Would this be ok?

I replied, and then about a year later I wrote back on the subject again:

<snip> about a year ago you asked me if the XXXX publisher XXXX could include my short story in a new edition of Prince of Thorns. You also mentioned that they had already sold around 4000 copies. At the agreed 7% royalty and a retail price of $13 (what they cite in the Prince of Fools contract) this would make ~3200 euros of royalties owing. But the only payment I've ever had from them is the 1000 euro advance.

This should perhaps be chased up?

Also, they *still* owe me 5 author copies of each book - which only hurts their sales and mine as I would give those books away, signed, on XXXX fantasy blogs.

I’m really sorry about the delay on this. I chased them before the Frankfurt book fair and they promised to attend to the outstanding monies and copies. I’ve chased them again today.


So that was in November 2015. They agreed that they owed me royalties (actually they owed them at least a year earlier in 2014) and promised to pay. The contract said they should be sending accounts of the sales of the book every year.

My excellent foreign rights agent continued to invest a sensibly judged amount of effort into pursuing the matter. Obviously with many books in many languages and good relations to maintain it's not something that demands the application of great pressure. But then it really shouldn't need to. 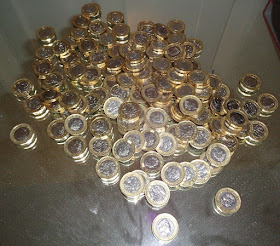 In March of 2020 I received my first royalties statement from the publisher - 9 years after signing the contract! They've published a good number of my books and have never sent me any of the 5 author copies for each book as per contract.

The part of the royalties statement for Prince of Thorns said that 5893 copies have been sold (not at the $13 I assumed from later contracts but still at a price where the 4,000 sales significantly exceed the advance) and subtracting the euro 1000 advance that left euro 2574, and subtracting the 10% for my agent and the 10% for the foreign agent that left euro 1548 for me. Most of which had been sitting in their bank account for over 6 years. The other books of mine they've published had also generated royalties that were owing to me.

As you can see it would in no way be feasible / cost effective for me to pursue a company in another country for 1500 euros (or even 15,000 euros), especially when they control all the figures and only let slip that 4,000 sale figure in an attempt to get a freebie out of me.

So, foreign sales are a bit of an adventure to say the least. And why is this particular adventure "average" rather than the worst? Because I do at least, albeit 9 years after signing the contract, have sales figures and royalty payments for half of the books of mine they've published. And while that's hardly stellar, it is at least better than the black holes that have resulted from some of my other contracts!

And as a final note - there are of course many excellent publishers across the world, delivering great service and results for both authors and readers.