Deep down he's a nice guy.

This expands on a tweet I made which says:

I saw a reader looking for: "a protagonist who has issues and violent tendencies but deep down is a swell guy"

For me it raises an interesting philosophical point though - what bad things can you be whilst still "being a swell guy deep down", and which bad things preclude that?

Does it even mean anything to be a "swell guy deep down"? 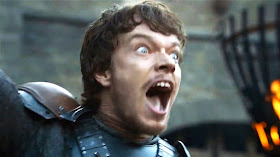 It feels like a question that needs more room than Twitter can easily give it. In some sense it's a question that Prince of Thorns set out to ask, leaving the answer (or more accurately: the spectrum of answers) to the reader.

Let's make no mistake about it, Jorg is not a swell guy deep down. My experiment was to immediately heap him with unforgivable crimes and then see what happened when I made him charming, somewhat funny, very young, and the victim of his own tragic circumstances. I hoped that most readers would find him interesting and enjoy reading about his adventures. Whether they would like him or excuse his behaviour in their minds was far less clear cut. That was the question - and it could be taken as a version of 'how deep do you have to dig to find the swell guy?' The book wonders if that answer is: "forever".

Stepping away from any particular character or book though, the question remains interesting. There's certainly an enduring concept of the antihero / thug / villain with a heart of gold that's difficult to reach, but scratch deep enough and you'll see its colour. At the very last, when the crunch comes, they'll do the right thing.

To be honest, I have difficulty with the whole concept of being a good guy deep down. Does it perhaps just mean that there's the potential for you to be a good guy given the right circumstances? That a redemption arc beckons but might not be taken if the conditions don't arise?

Because surely you're either a good guy or something else on the spectrum between the shifting sands of good and bad. A good guy deep down? You could be a terrible person who does a few nice things. A murderer who is genuinely kind and helpful to a disabled child maybe. That's just an example of people being complex things. Bad things tend to disproportionately poison the well. Someone who has devoted their life to good causes and has only once ever tortured a child to death ... they're still not someone you're going to feel relaxed leaving your kids with. Even someone who donated a kidney and has spent their whole life working for charity is still pretty tainted if you discover they kick a particular dog on the way to work every day.

The "deep down" suggests that for this person the bad acts are in the majority. I'd say that person is not a good guy, and even if they are guaranteed to do the right, or even heroic, thing when it comes to the crunch, I'm not comfortable calling them a good guy. 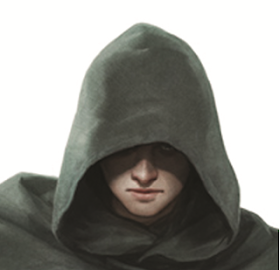