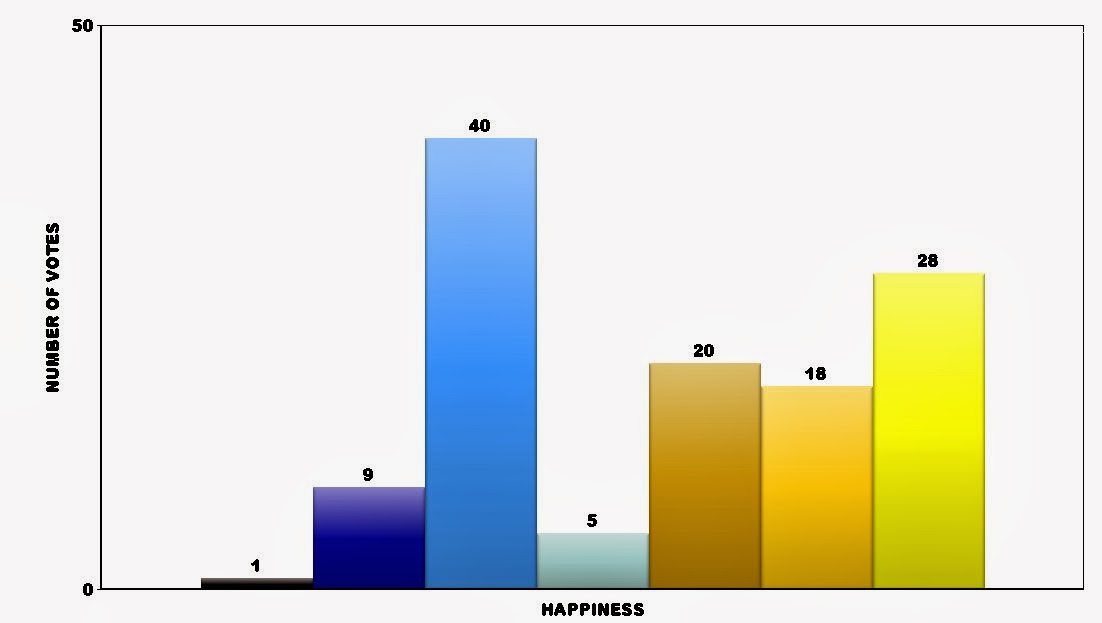 So I ran a poll of readers to see what the overall 'vibe' they got from the Broken Empire Trilogy was. The results are graphed above - the poll, with the categories & question is below.

55% of readers thought the overall feel of the books was on the 'cheerful' side, compared to 41% who felt it was on the 'miserable' side.

The exercise was prompted by the suggestion from an author that the sub-genre to which the books are often claimed to belong is defined by the impossibility of joy. My Stabby has arrived!

So - the Stabbies (great name, the genius who came up with that deserves some kind of award!) are the reddit fantasy awards. And for 2013 the results were THUSLY given.

And today my Stabby for best novel 2013 (Emperor of Thorns) arrived after stealth-mode postie managed to slip us the 'we visited but you were out' ticket two days ago when the house had three awake adults in it all day.

A lovely bit of pointy steel it is too!

Here is the aforementioned Stabby laid over Jorg's sword on a large canvas print I happen to have: 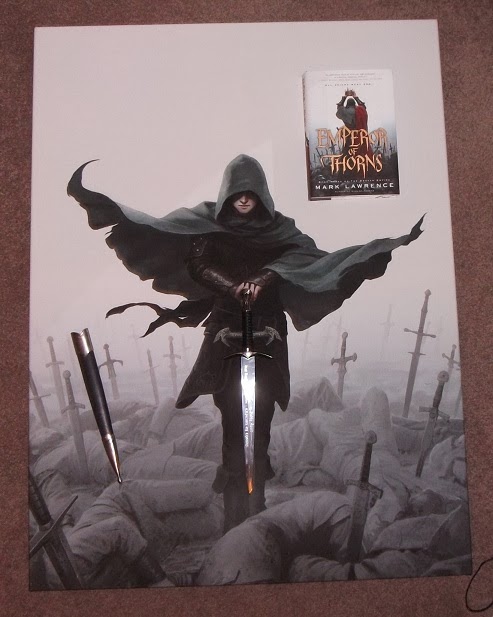 And here it is a bit closer to, so you can feast your eyes upon the inscription ... at least as much of it as the flash allows. 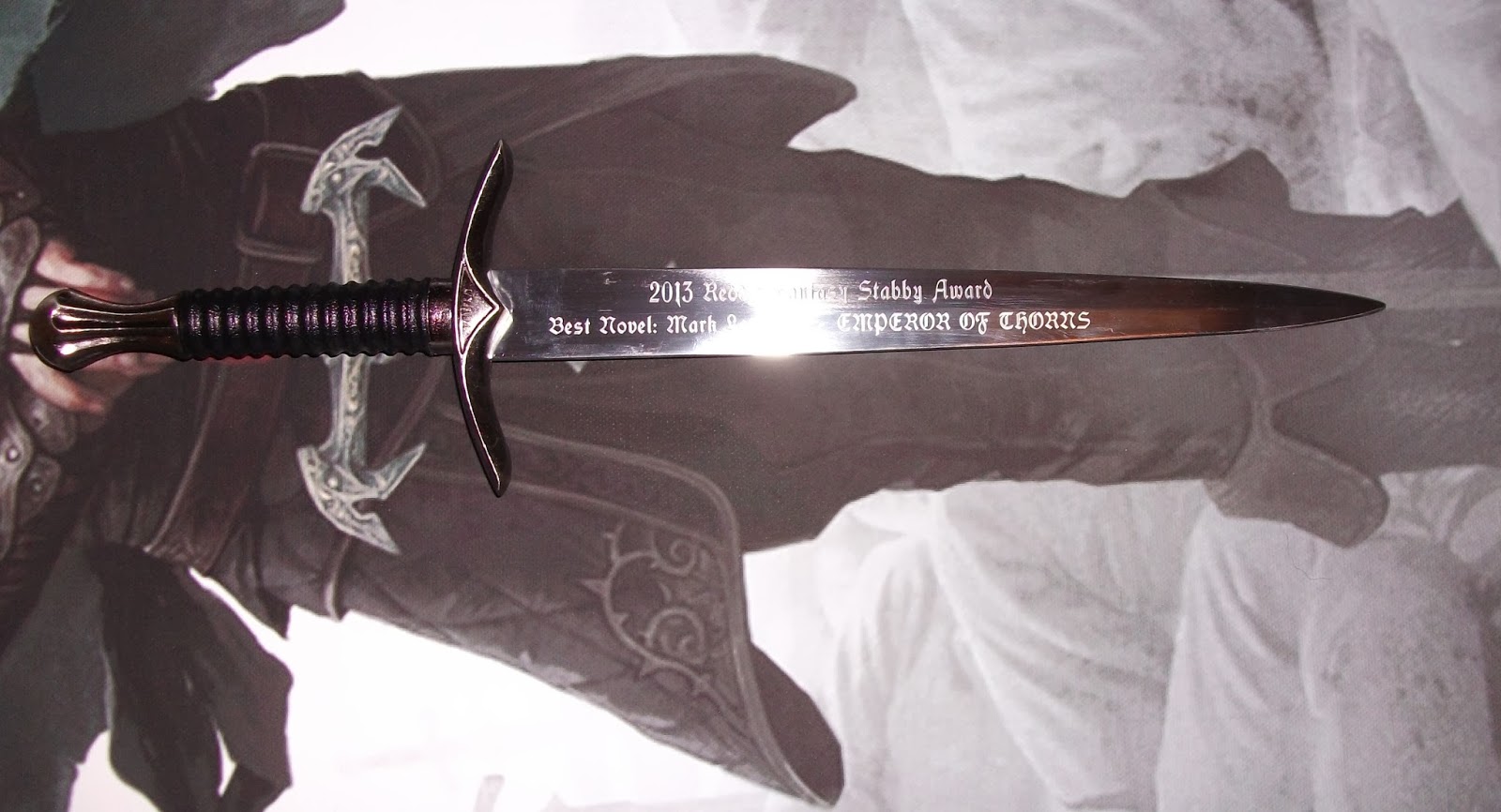 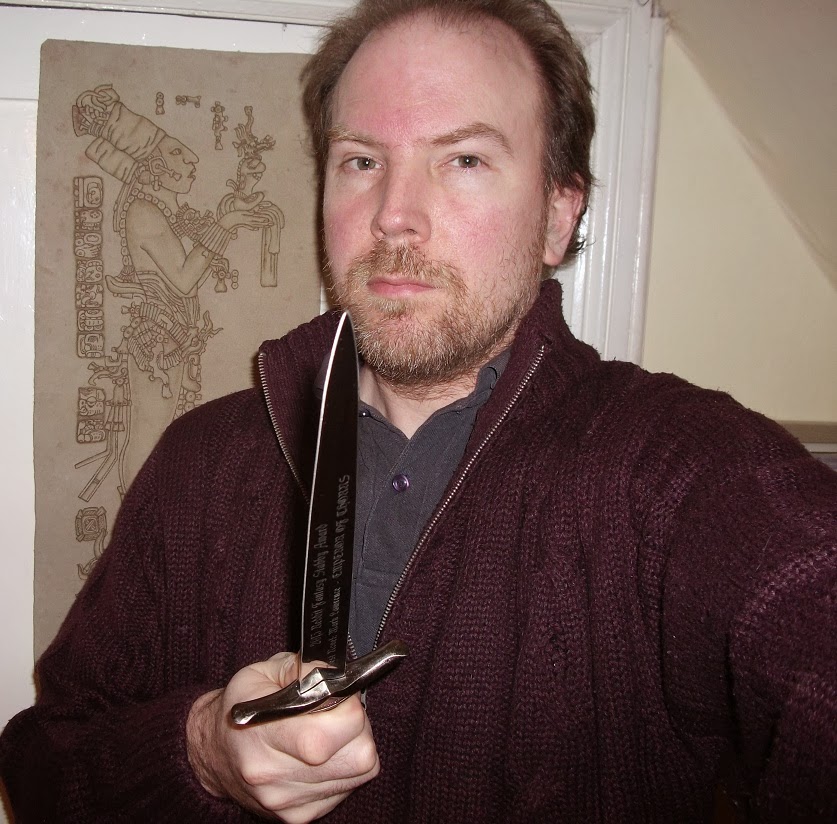 The trick to dealing with letters is to smile and smile ... put 'em at their ease... 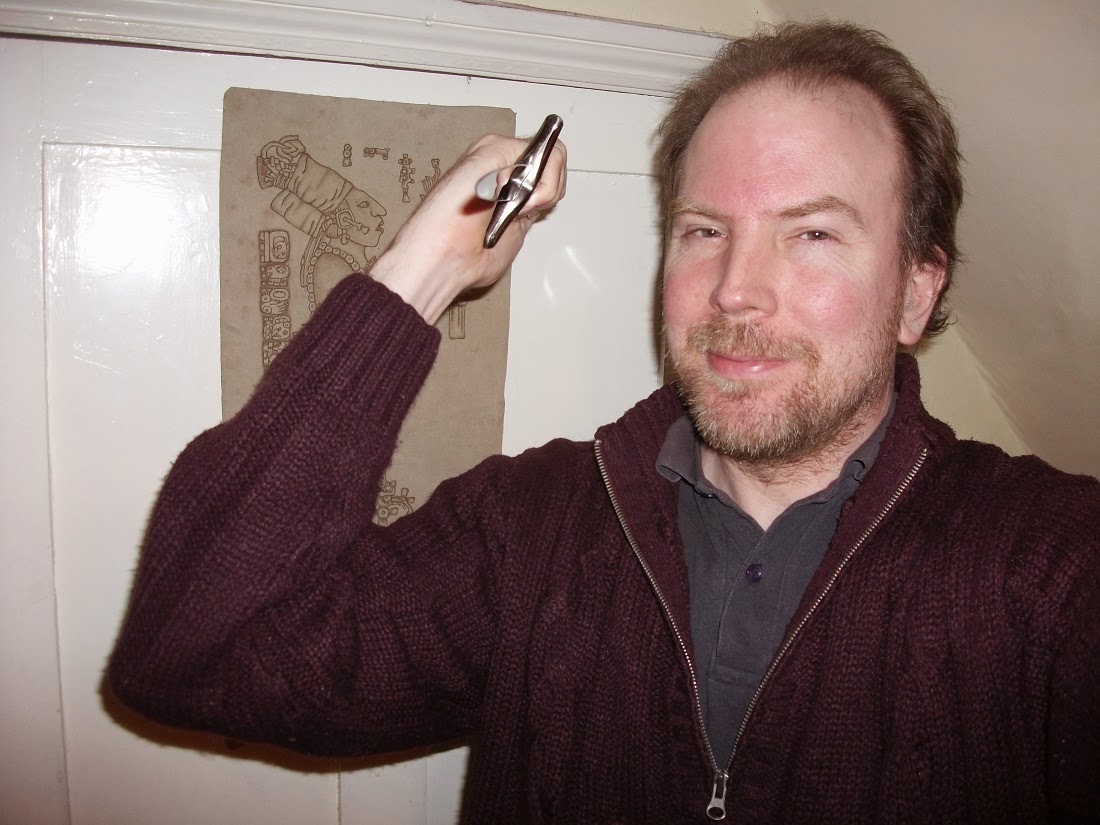 And then totally stab the bastards open! 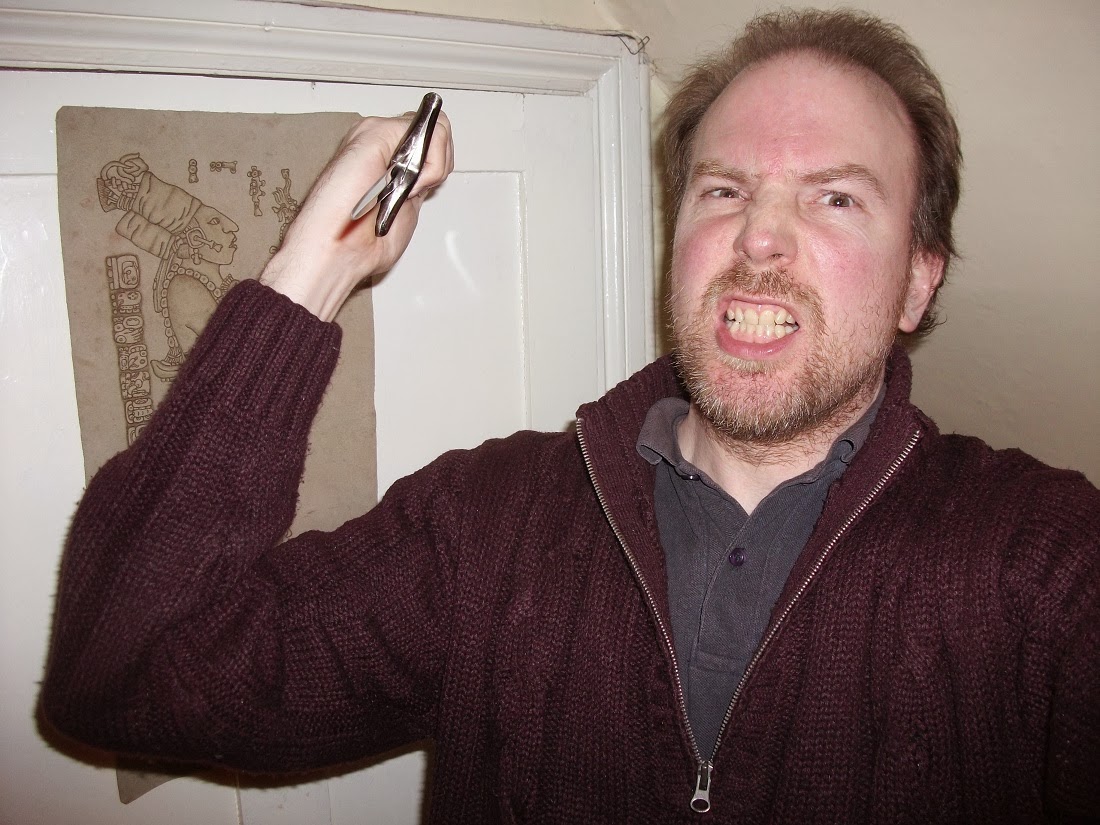 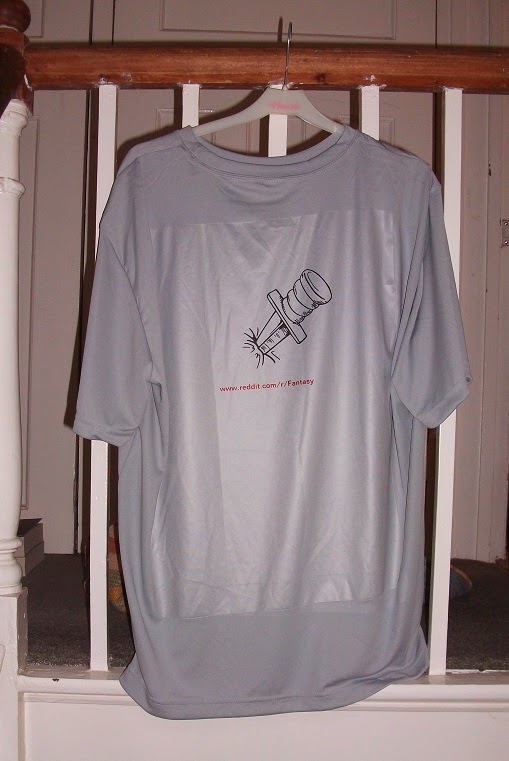 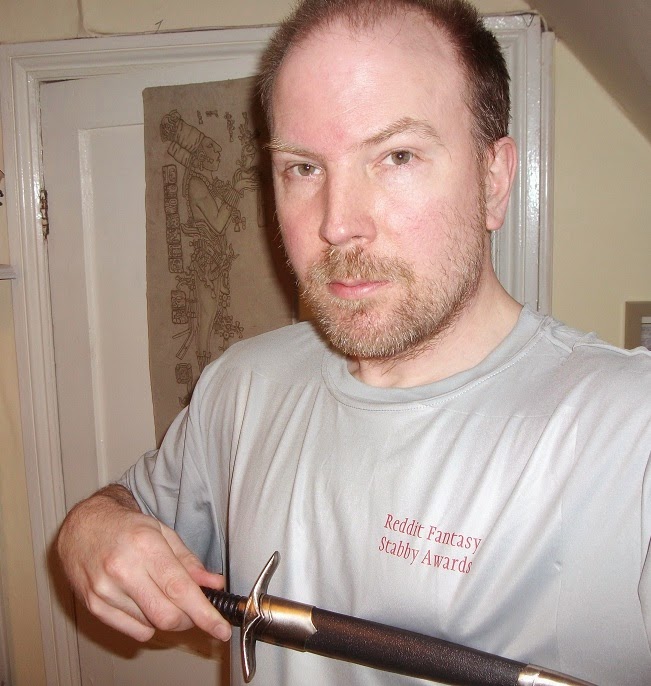 And for no reason - here's me in another T-shirt I was sent recently & a hat! They're trying to turn me Canadian, eh? 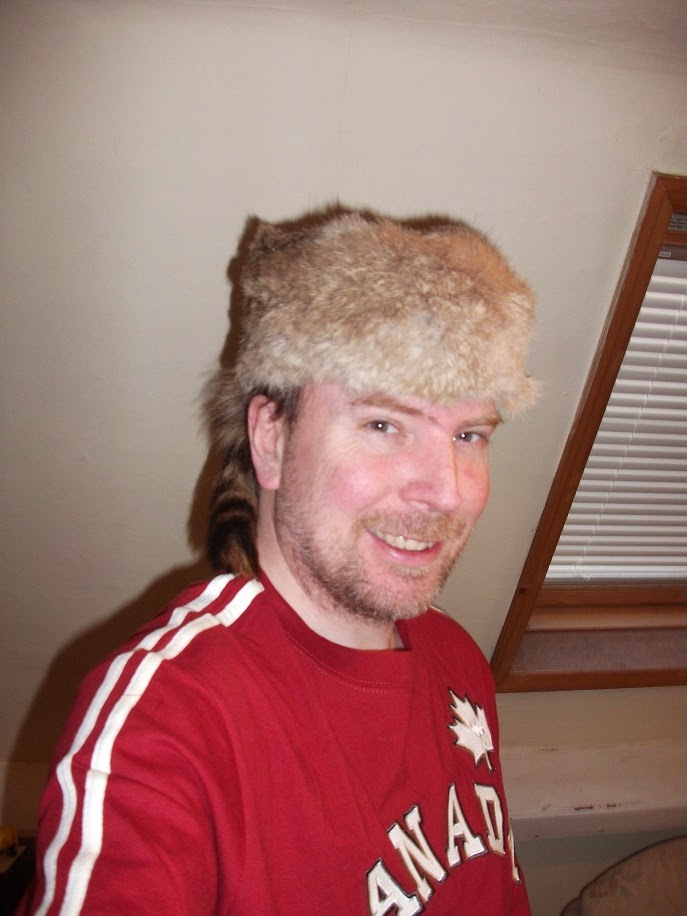 saying something is better than saying nothing 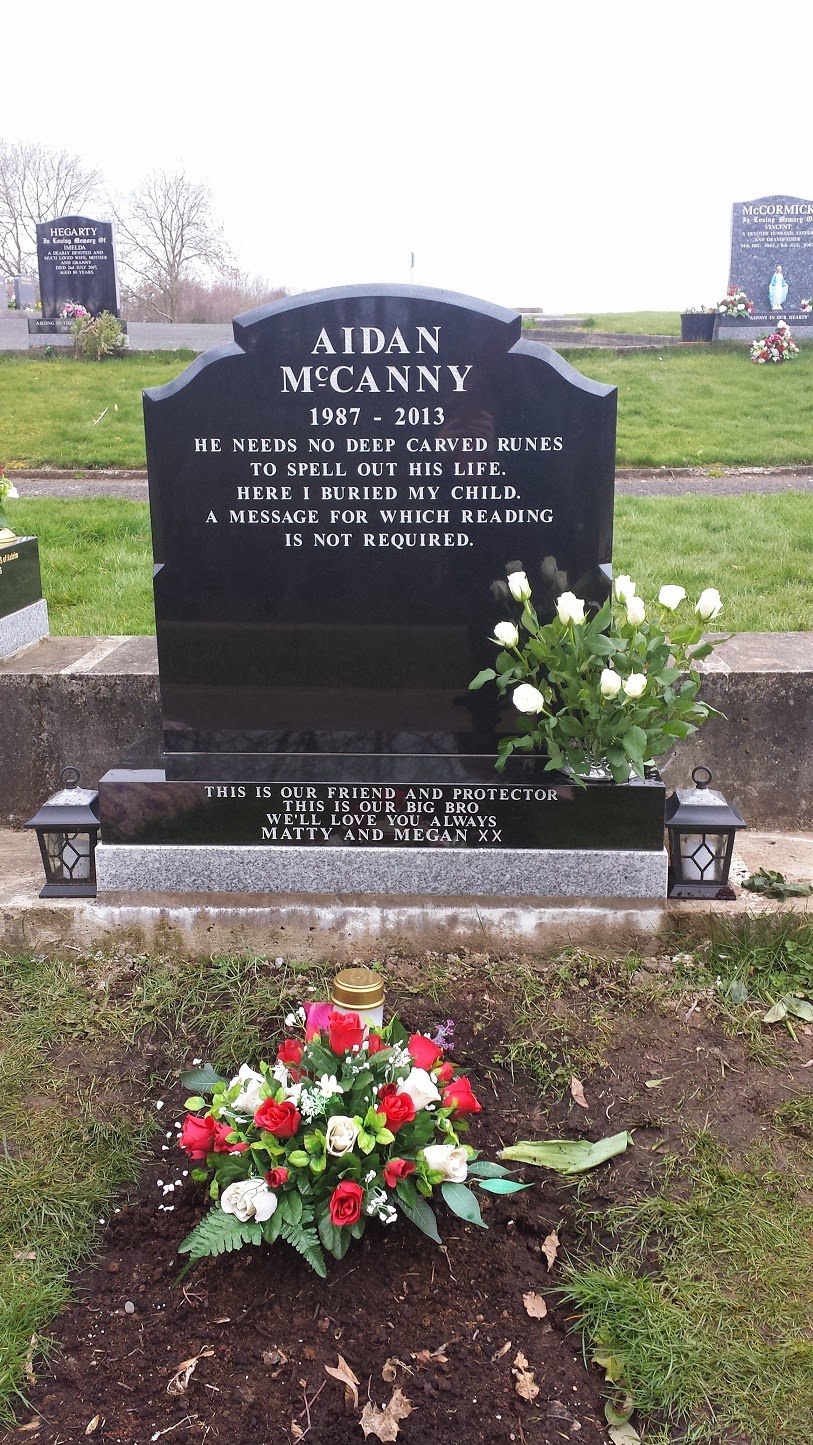 So this has very little to do with me or my books, but I felt I should post it.

It's not so much that I expect it to help - more that not saying something seemed wrong.

Around six months ago I got an email from a mother. Her son, Aidan, had died shortly before she wrote to me, aged 25. On the night he died he was reading King of Thorns and the last page he read bore the lines:

"She needs no deep carved runes to spell out her life. Here I buried my child. A message for which reading is not required"

The lady writing to me wanted to know if she could use the lines on Aidan's headstone, changing just the gender. I said yes, of course. To be asked was the both the biggest honour my writing has brought to me, and at the same time the least welcome, depending as it did upon the loss of a much loved son.

Aidan, a chemistry graduate, a young man with all manner of passions and ambitions, died accidentally from a heroin overdose. He's been described as kind, compassionate, brilliant. 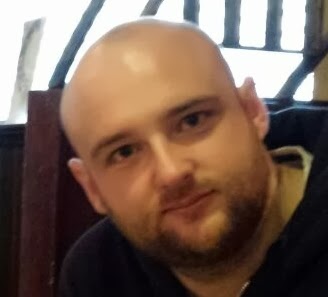 (Aidan, 4 weeks before his death)

Shortly before Christmas one of my daughter's friends (23) also died of a heroin overdose, and last week my daughter flew back from America to attend the funeral of yet another friend (a boy of 21 who had recently graduated from Cambridge University with her) from a Valium overdose.

All of these people were highly intelligent. At some point they were unwise and drugs got their hooks into them. Later they were unlucky and drugs took their lives.

From where I stand all I can see is the waste and the loss and the hurt left behind. The quarter of a century since I was of an age with these three has brought me all manner of experience, good, bad, but most of all unexpected. It's hard to see past the next few years when you're 20-something ... and it's hard to see back past the last 25 years when you're at the wrong end of your 40s.

I suspect that those who escape such addictions don't do so because of any great epiphany. There's no slogan, or example, or reasoning, or 'talking to' that will 'set them straight'. It's probably something that comes from within if they're allowed the luxury of time. Something that grows piece by piece, the product of a thousand grains of sand pouring through the hour-glass, and the absolute best I can hope is that this post is a grain of sand for someone.

So that's it really. I just needed to post - to remember my reader, Aidan, and to add my grain of sand - to say that it does happen, it can and will happen, even if you're careful, even with a degree in chemistry.

Be aware. Be safe. Be happy.

[posted with the blessing of Aidan's mother]
Posted by Mark Lawrence at 12:32 8 comments: 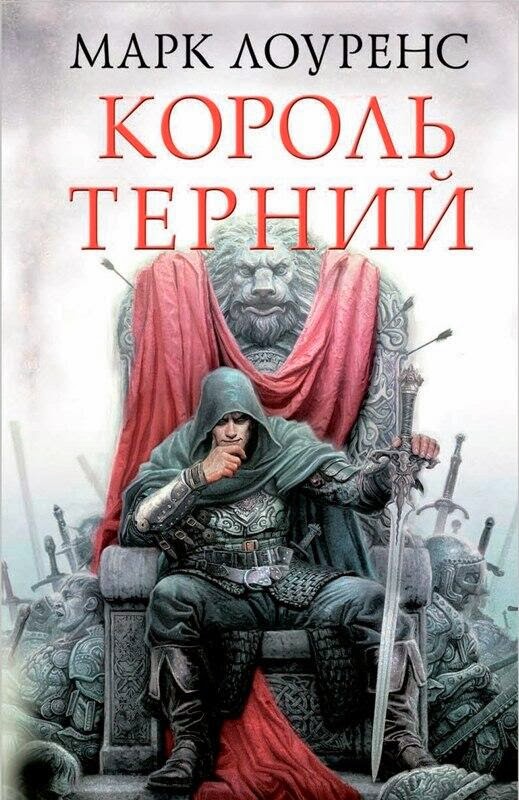 King of Thorns is released in Russia.
Posted by Mark Lawrence at 05:22 3 comments:


So, because I have mugs & T-shirts to give away ... a random contest.

and 450 ratings for Prince of Thorns on US Amazon

This is a lot easier to do on Amazon US!

BUT it can't be one that someone has already given! So check what people have put. All feedback welcome! The US finished cover is below for comparison. 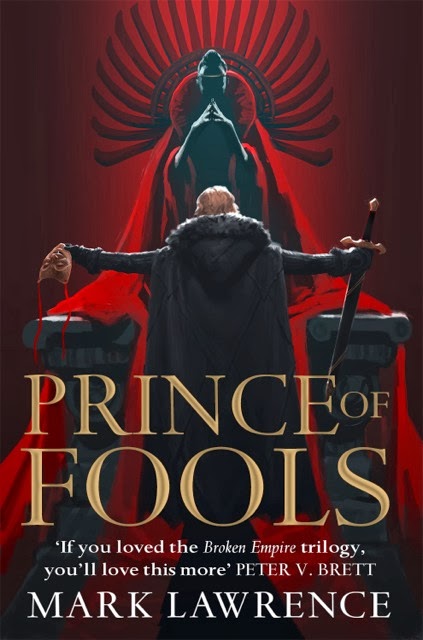 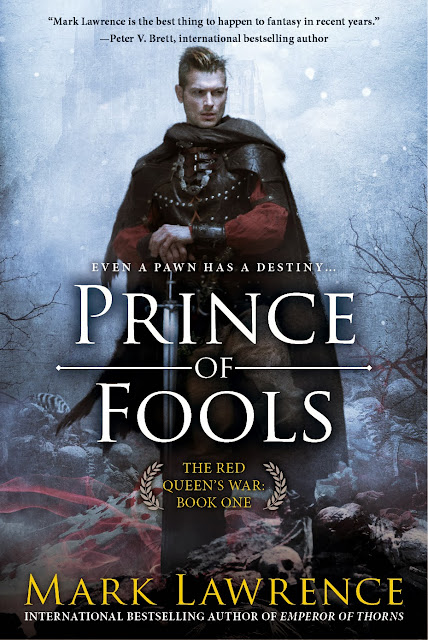 And the book itself is available for pre-order, with a price guarantee so that if (as almost always happens) the price is reduced before release, the price of your pre-order goes down to match.

Pre-orders are very important to authors - they help bookshops decide whether to order and how many, they help Amazon and other retailers decide about discounts, promotion, and stock (they discount popular books, not unpopular ones).

Or add it to your shelf on Goodreads

Here is the blurb from the UK edition:

The Red Queen is old but the kings of the Broken Empire fear her as they fear no other.
Her grandson Jalan Kendeth is a coward, a cheat and a womaniser; and tenth in line to the throne. While his grandmother shapes the destiny of millions, Prince Jalan pursues his debauched pleasures. Until he gets entangled with Snorri ver Snagason, a huge Norse axe man, and dragged against his will to the icy north.

In a journey across half the Broken Empire, Jalan flees minions of the Dead King, agrees to duel an upstart prince named Jorg Ancrath, and meets the ice witch, Skilfar, all the time seeking a way to part company with Snorri before the Norseman’s quest leads them to face his enemies in the black fort on the edge of the Bitter Ice.

Experience does not lend Jalan wisdom; but here and there he unearths a corner of the truth. He discovers that they are all pieces on a board, pieces that may be being played in the long, secret war the Red Queen has waged throughout her reign, against the powers that stand behind thrones and nations, and for higher stakes than land or gold.

10 Essential Ingredients for a Fictional Bastard

I made a list (aided and abetted by Sean McCarrick) & it's up on Buzzfeed.com

Here are a couple of tasters:

#4   The Bastard Saves Himself

“Bastards are great survivors. It’s not just looking after number one … it’s more: there are no other numbers!
The bastards on the Titanic didn’t wait for the women and children to board first. They dressed as women, or children, or clubbed a sailor round the head and took his kit then piloted the lifeboat out.Prince Jorg’s happy to win a fair fight but he’s damned if he’ll ever lose one. If the rules get in the way – change the rules.In a polar vortex the bastard is Han Solo and you’re the tauntaun.”

“With a bastard, holy cows are just holy steaks you haven’t cooked yet. Nobody is safe. Not the best friend, not the lover, not little Jimmy with his crutch. Anyone can and will be used.Prince of Thorns is as much about what Jorg is prepared to sacrifice as it is about what he wants. In the end it turns out that it’s pretty much everything, and this is classic bastard.”

Posted by Mark Lawrence at 13:43 No comments:

What I owe to Dungeons & Dragons


Dungeons and Dragons is 40 this year - sometime from the end of January to the start of May, depending on who you ask.

First thought ... wow I'm old! I started playing D&D in 1977. The first UK Games Workshop opened opposite my school, so I had no chance. This was opening day - I'm not in the queue, but I was in the shop next week. And yes, we lived in black & white back then. 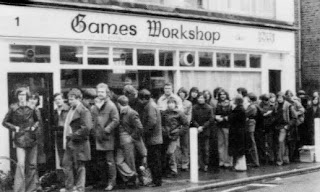 My mother read me Lord of the Rings when I was seven and my imagination burned with it for years with no outlet. Then this game hit my school, only it wasn't like any other game, it let a small boy pick up a sword and battle dragons and wander strange lands, discover new enchantments... walk off the board, out of the box, and go anywhere. It really was magic. I seriously could not sleep for a week, just like the night before Christmas, my mind on fire with ideas.

I hear that to commemorate the 40th anniversary a statue of the game's co-creator, Gary Gygax (1938-2008), is to be erected in his home town.

Gary Gygax (& Dave Arneson) really kick-started my imagination and I owe him a debt of gratitude for that and for all those 'wasted' days spent playing D&D with my friends through school and university.

My fingers are crossed that his statue has ruby eyes (500gp each) and death-traps galore! 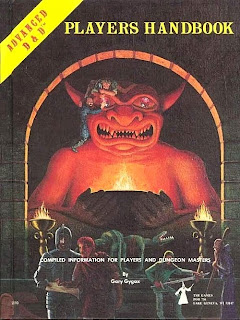 As a writer I'm always a bit hesitant to cite my D&D background in the same breath as talking about my books. I haven't ever wanted to read a book that sounds like a D&D campaign - a good read and a good gaming session are very different things. I've never felt tempted to lift elements of 'plot' or setting from past D&D experience to put in my writing. The debt to Dungeons and Dragons is less direct, but strong even so. It's a legacy of imagination without limits, of excitement, atmosphere, timing.

I was always the Games Master when I played, designing the adventure. What you learn though in D&D is that predictions are of limited use, the players will go their own way, surprise the hell out of you, spend days on something trivial and solve some of the huge problems in moments.

Perhaps that's why I don't plan my stories. I just loose the characters and follow them. Sure, I'll toss obstacles in their path, but they will always surprise me, lead me off along unexpected paths. Jorg Ancrath did it through the Broken Empire trilogy, and Jalan Kendeth is doing it right now in the Red Queen's War trilogy.

So yes - I owe Dungeons and Dragons in all kinds of ways and if you think about all the people they've ever put up a statue to ... well Gary Gygax definitely deserves his chance at being crapped on by pigeons!

So I saw someone *coughsamsykescough* complaining that everyone was posting lists on their blogs at this time of year in place of actual content...

I'll just sit and wait for my prizes for blogging excellence to roll in.