I've just watched and greatly enjoyed season 2 of Dirk Gently. Or, to give it its full title Dirk Gently's Holistic Detective Agency.

I would rage against the reports that the series has been cancelled, but I enjoyed it for what it was and if there is no more I don't feel I've been left hanging. More would be good though. 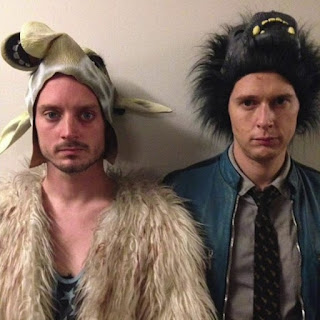 What I thought worth a blog post was the fact that Dirk Gently (by the late great Douglas Adams of Hitchhiker's Guide to the Universe fame), is a story that succeeds by (or despite) taking what to many is a holy cow of fiction writing and shooting it in the face. Dirk Gently doesn't just sneak in the odd piece of deus ex into the narrative for earnest readers to hunt down and decry. Instead it embraces deus ex. It makes it the eponymous Dirk's superpower.

The term has evolved to mean a plot device whereby a seemingly unsolvable problem is suddenly and abruptly resolved by the inspired and unexpected intervention of some new event, character, ability, or object. Its function can be to resolve an otherwise irresolvable plot situation, to surprise the audience, to bring the tale to a happy ending, or act as a comedic device.

A further evolution means that some will employ the term "deus ex" as a pejorative aimed at essentially any convenient unlikely event that solves a difficult problem. It is often conflated with bad writing or a failure of imagination.

Dirk Gently solves ridiculously complex mysteries by bumbling around and waiting for all the pieces to fall into his lap then assemble themselves. He goes for a milkshake and the main witness is the waitress serving him and introduces herself. He needs more clues ... he reaches into a random trashcan and pulls one forth. Fate wants him to solve these cases. The ghost in the machine is not trying to hide ... it's front and center in a top hat and tails doing a dance for us. 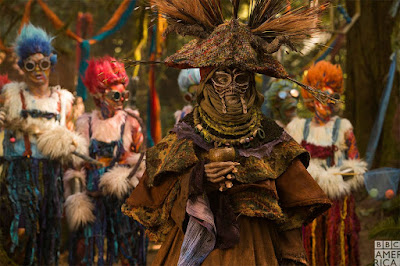 So how do we enjoy a story in which that enemy of enjoyment, deus ex, dominates?

Well, it seems that Douglas Adams has noticed that many (most?) stories employ deus ex and it is just a matter of how well the author disguises that. If you dig deep enough into a great many stories you find yourself able to justifiably ask, "What are the odds that XXXX?" Where XXXX is some event or coincidence without which the whole thing could become untangled.

The odds that Hero McHero turns up at Victim Village during the narrow window in which he (or she) could be useful rather than a week early followed by a dull wait or a two weeks late having missed all the best looting, are often slim.

Many of the deus ex police fail to acknowledge that the reason stories are told about real events is often that those real events are remarkable and amazingly unlikely. It's the one survivor out of the thousand that drowned in the sinking that gets to tell the story of the terrible storm. It's the lottery winner that the reporter hunts down for their tale, not a random one of the million ticket buyers who lost. It's the person who survived the hanging because the rope snapped that is celebrated, not the pile of corpses with broken necks.

However, there clearly is a level of deus ex that becomes wholly unbelievable and (so the argument goes) robs the story of tension, and therefore interest. How can you care that our heroes have run into a dead end alley with a horde of deadly monsters in hot pursuit if deus ex guarantees that something random will save them. An unsuspected portal will appear to another world. Hithertoo unmentioned aliens will lower a ladder from their flying saucer. Or something.

It's a genuine concern.

And yet I loved watching Dirk Gently and so did many others. Enough at least to get it through a second season and give it an 8.4 average on imdb.com.

It works for two main reasons. One is because the main plot provides a wealth of imaginative ... stuff ... along with the temporary adrenaline thrills of chases, explosions and fights, and the big picture reveals itself miraculously rather like those street artists who paint a picture in counter-intuitive order, areas of light and shade first, and finally the whole thing turns out to have been upside down and is righted for the reveal and suddenly there's Elvis!

The second reason, the kicker, is that the main story is not the main story, or rather it isn't where the emotional interest lies. Really we are interested in the characters who are being swept along in this maelstrom. We want to know how and if their personal ambitions, concerns, and relationships will resolve. We care about their growth, what they get out of all this, how they will end up. Yes some magical universal hoohar will sort the mystery out and everything will become clear in the end. The key to the final door will probably have been in Dirk Gently's shoe all the time. Deus ex. But that's not what matters.

It isn't what matters in many other stories either, but none of them wear their colours so boldly on their sleeves as Dirk Gently's does. And so there is always room for the deus exer to come in excitedly pointing at unlikely events and rather missing that the real case to be solved is not who dunnit but the human story supported by this unlikely scaffolding.