Vote at the bottom of the page. 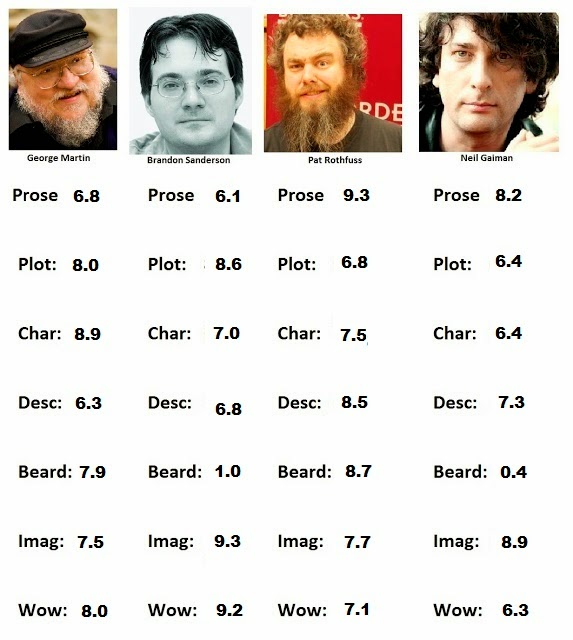 If you're as old as George Martin, or Neil Gaiman, or... me, you'll remember a dark time, a time before the internet, a time before computers, before handheld electronics... and in that dark time a game called Top Trumps (which still exists) wherein you faced your opponent with half a deck of cards, each card sporting an example of the trump in question (tanks, sports cars, military jets etc) and you'd choose an attribtute from your trump that you hoped would beat his. Top speed: 1800 mph ... or Wheel-Base 4.8 yards etc. Like I said these were black days where raindrop racing on window-panes was still considered entertainment.


So here I am with two goals:

Each author has a poll where you can vote on Prose / Plotting / Characters / Description / Beard / Imagination / Wow factor  - the options are for 10 / 5 / 0 points. When averaged these will create a value between 0 and 10. 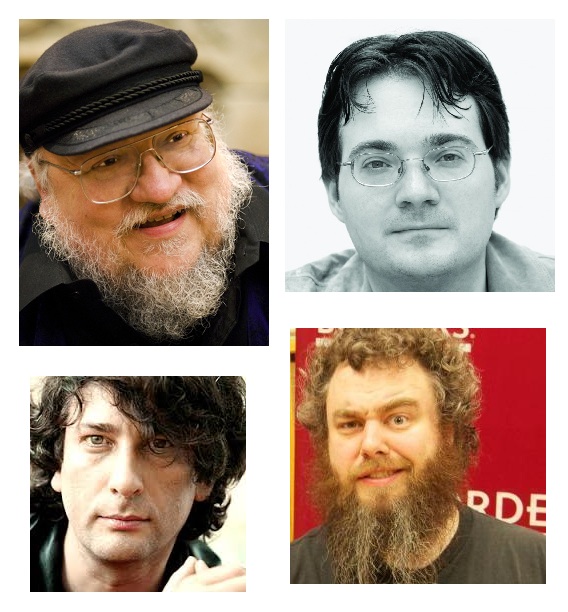