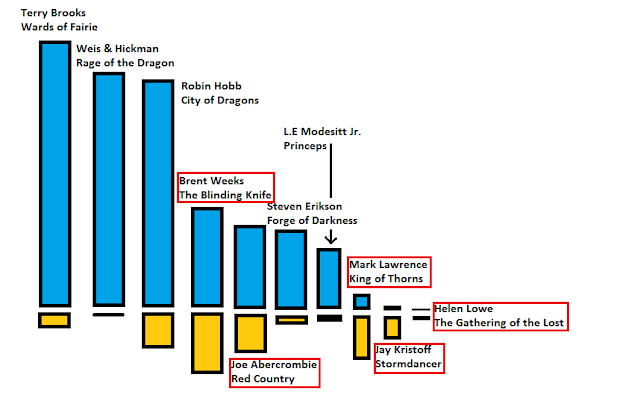 Brent Weeks and Joe Abercrombie are the clear favorites with their large fan-bases (reported recently as having sold 2 million+ and 3 million+ books) and a big uptake for both the volumes in question.
Posted by Mark Lawrence at 08:58