[all profits to charity!]

So there's a Science Fiction and Fantasy forum I've been a member of since 2010 and have posted on 443 times. It's a good place to hang out and machine-gun the breeze about all things SFF. Appropriately it's called SFFWorld.com - I've linked to the fantasy page since it's my favorite. 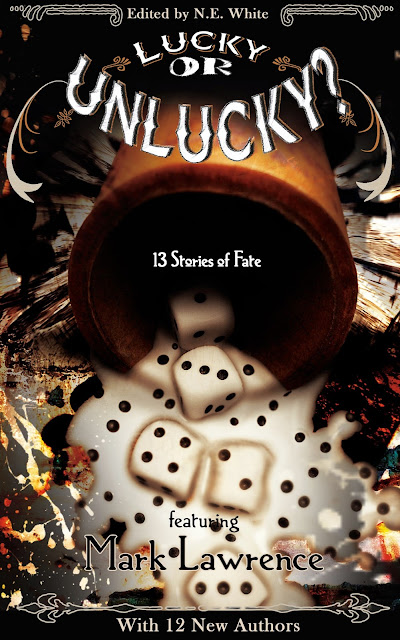 Anyhow, they also have a page for threads relating to the writing of fiction rather than the digesting of it. Last year one of the moderators, N.E White, put together The End - Visions of the Apocalypse, an anthology of work by SFFWorld members which included bestselling authors Michael Sullivan and Hugh Howey!

This year they asked me. I dug around in my diminishing stock of short stories from back in the day and found something appropriated. My tale, Married to the Apocalypse, actually sounds like a great fit for the previous edition, but also fits well with this year's theme of luck and the number 13 (in honor of the year).

So, I'm in there with 12 other members of SFFWorld, swinging my short story (which at around 7000 words is one of the longer ones I've written).

Why should you buy this (modestly priced) anthology?

Well, firstly they paid a generous sum to Children's Hospices South West on my behalf for the story, which shows the anthology's heart is in the right place. Secondly, what am I? Chopped liver? Thirdly, as I have said before, the difference between internationally published novelist and amateur short story writer is often so non-existent as to make you wonder why one is lauded and the other not. Buy this anthology, read the excellent The Emperor's 13th Choice by N.E White, and you'll see exactly what I mean.

All anthologies have their high points and not so high points but there are diamonds to be discovered here and you'll enjoy the hunt.

And rate/review on Goodreads if you're so minded.