The axe has landed!


A couple of weeks back to my enormous and enduring surprise Emperor of Thorns won the Gemmell Legend Award for best fantasy novel!

Today my agent Ian Drury brought the trophy to Bristol to hand over to me (the trophy is a replica of Druss's axe Snaga - and if this means nothing to you then go and read David Gemmell's books immediately!). 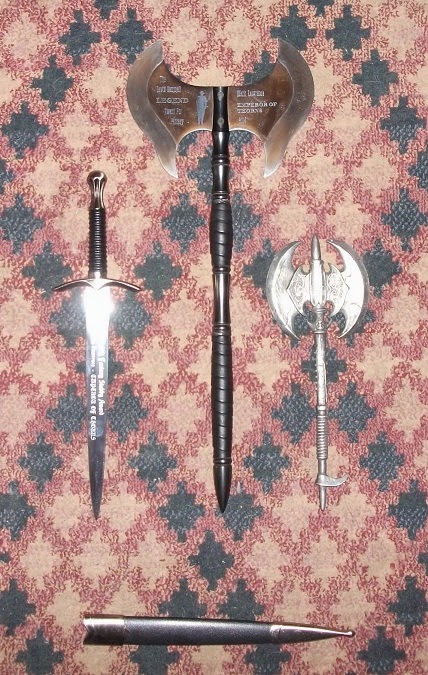 On the left the Stabbie awarded to Emperor of Thorns by the members of reddit r/fantasy for best fantasy novel 2013 (sheath below). In the middle the Legend Award. On the right the 'mini-Snaga' awarded to King of Thorns for being shortlisted for the Legend Award the previous year. 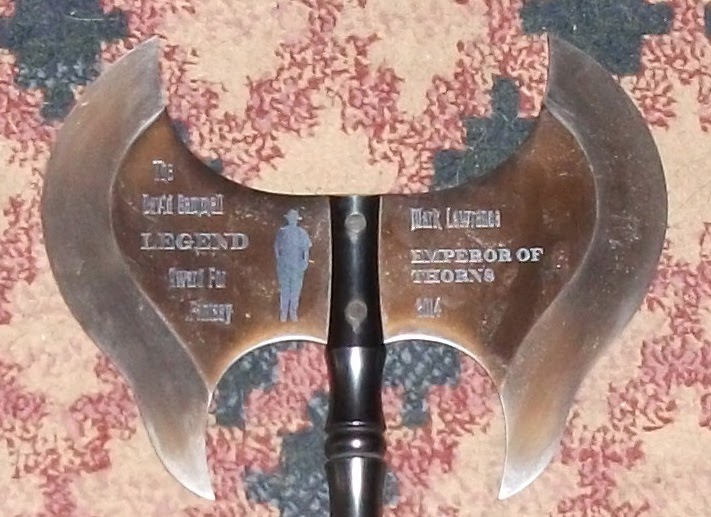 The head (dangerously sharp) has been suitably inscribed  - the flash hasn't produced a great result here - it looks cleaner and neater and more legible in real life. 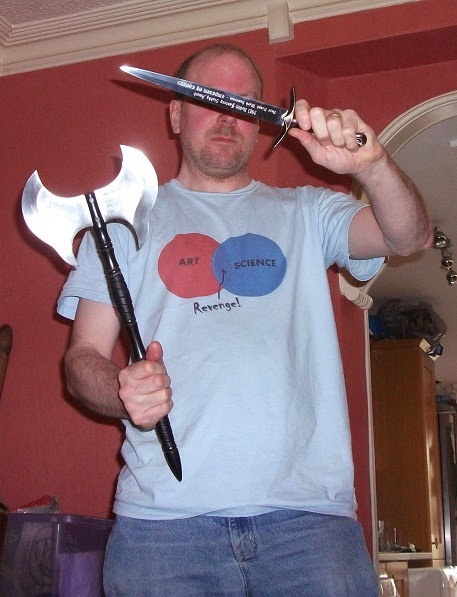 Here's me doing my award-wielding author thing and trying not to injure myself. The Legend Award axe-haft is solid metal so the whole thing is surprisingly heavy. It would definitely be a bad day for the typical home-invader &/or lone zombie breaking in. A full on zombie apocalypse though might require the full-sized original that's brought out to impress the audience on award day. 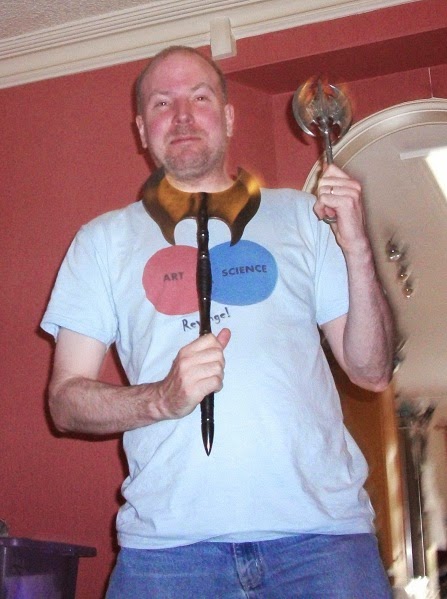 And here's me showing off big axe and little axe together. Did I mention we went for lunch and had beer? Well, we did.

The Legend Award roster so far!