It's been a very good 2014 all told!
High points have included becoming an award wielding author with Emperor of Thorns winning the David Gemmell Legend Award, and the reddit r/fantasy Stabby award for best fantasy book 2014: 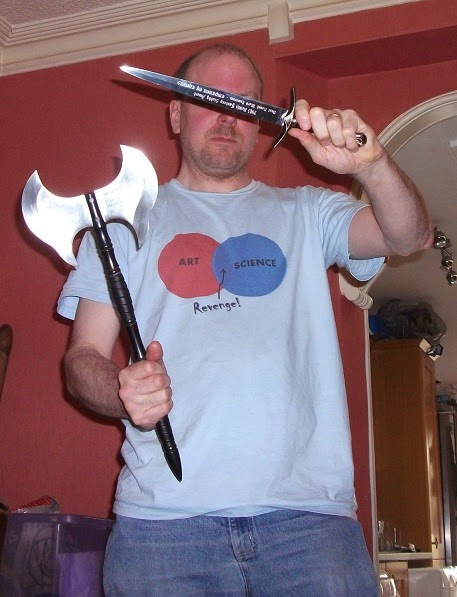 Prince of Thorns is still going strong as well - here it is topping the epic fantasy list on UK Amazon this summer thanks to a price discount. 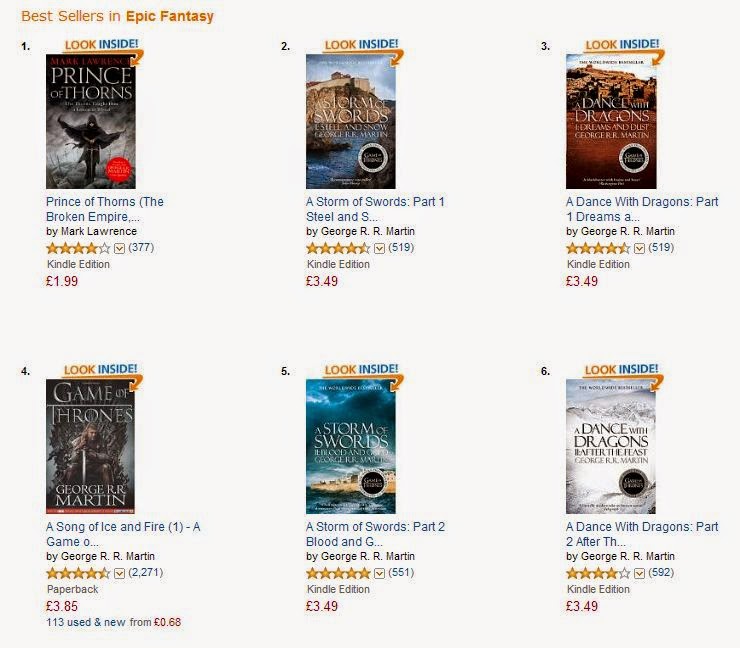 Prince of Fools tickled the underbelly of the Times bestseller list, reaching #21 in its release week. That's the London Times (established 1785) not the New York Times. And came 11th in a much expanded Fantasy category in the Goodreads Choice Awards for Best Fantasy 2014.

Prince of Thorns got its 30,000th Goodreads rating this year, and the Broken Empire trilogy sold its 500,000th book in English in 2014 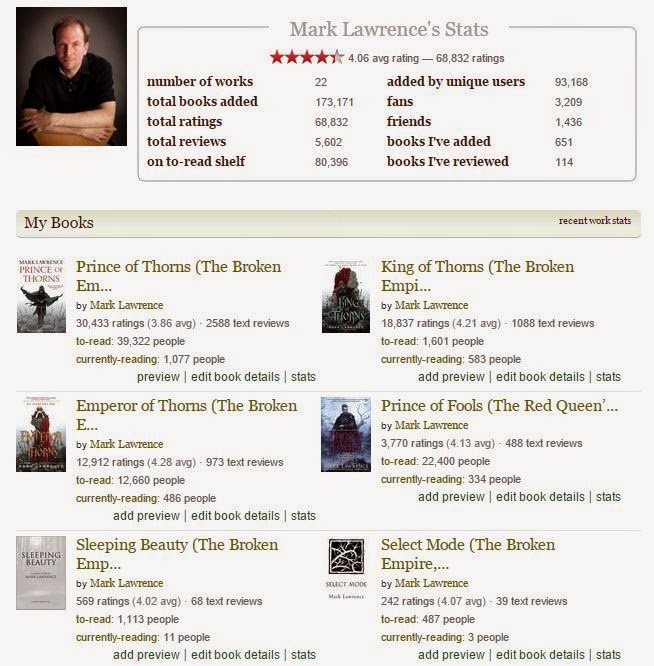 Amazon reviews are up considerably, and always gratefully received ... unless they're, y'know, not good  :) 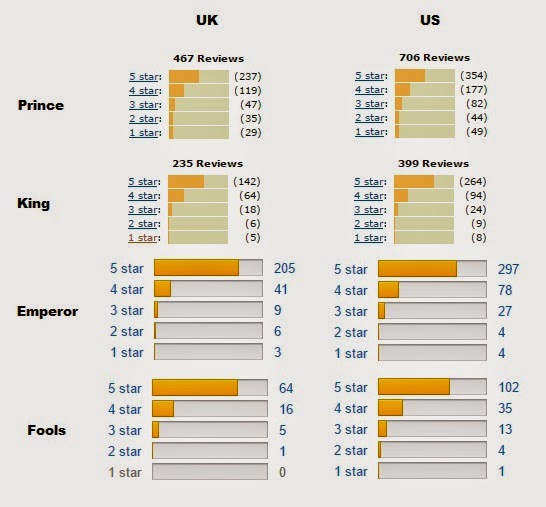 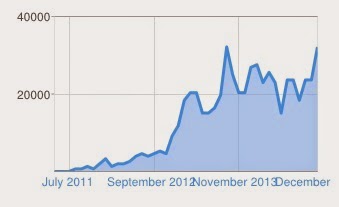 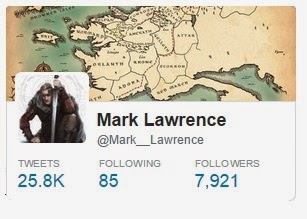