Age is just a number?

On Goodreads I was asked:

Were you worried about making the MC Jorg so very young? He commits all these atrocities so why make him 13? Do you find it takes away from the credibility - the 'believabiltiy' if you will, of the plot? Or was it done in order for a younger audience to be able to relate to him?

Mark Lawrence I wasn't worried, no.

The books weren't written for a young audience.

But how far are we being asked to stretch our imaginations here? Is a 14 year old who acts in many ways like someone of 20+ as extraordinary as a talking dragon? A flying unicorn? Or merely as extraordinary as a ghost or a mind-reader? Or even just as large a mental leap as an orc or a secondary world. Or just a rarity we might encounter in our own world?

In Prince of Thorns at age 14 Jorg is described as six foot tall, strong with it.


This is Jake Scehllenschlager at 14. He could dead-lift 300 pounds. Jorg was nowhere near that well-muscled.


This is Jacob Barnett. He taught himself calculus, algebra, geometry, and trigonometry in a week. At 12 he was working towards a PhD in quantum physics. Jorg was nowhere near this clever.


Here's Marjorie Gestring who at age 13 won an Olympic gold medal for diving. Jorg doesn't win any fights against grown men one on one in Prince of Thorns. And he's not going for an Olympic sword fighting medal against all comers from the entire planet - just facing people he meets in a small patch of France.

Everyone knows about Alexander the Great's exploits at a young age, but he's not unique, just rare.

In 1500 at the age of 13 Ismail won his first major battle against Shirvan, the country that was responsible for the death of his family. In 1501, at the age of 14, he captured Tabriz and ruled the whole of northwestern Iran, declaring himself Shah of Iran the next year. Jorg's conquests in his 14th year were very small in comparison.

And a boy of 14 with lieutenants to back him up leading a bandit gang? Johnny and Luther Htoo were the infamous chain-smoking twins who led a large rebel gang in Burmah at age 12.


So ... yes, people who freak out over Jorg's age and put the book down because they know some 14 year old boys who aren't like that ... I don't get them. 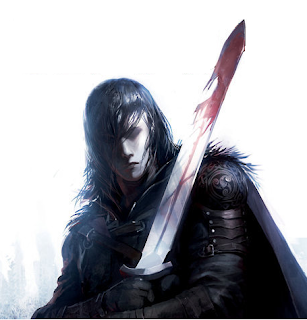