Emperor of Thorns has been nominated for Best Fantasy Book of 2013 on the Goodreads Choice Award!

Let's give Jorg a good send off - you won't get to vote for him again!

Please go vote! It's very helpful to the book to be well placed and if you look at the competition it isn't going to happen without YOU!
Prince of Thorns came 10th in 2011 with 1164 votes (George Martin won)
King of Thorns came 4th in 2012 with 4332 votes (Stephen King won)
Can Emperor medal against opposition like Robert Jordan, Neil Gaiman, Scot Lynch and Peter Brett? Um... doubtful, but it certainly won't happen without your vote! 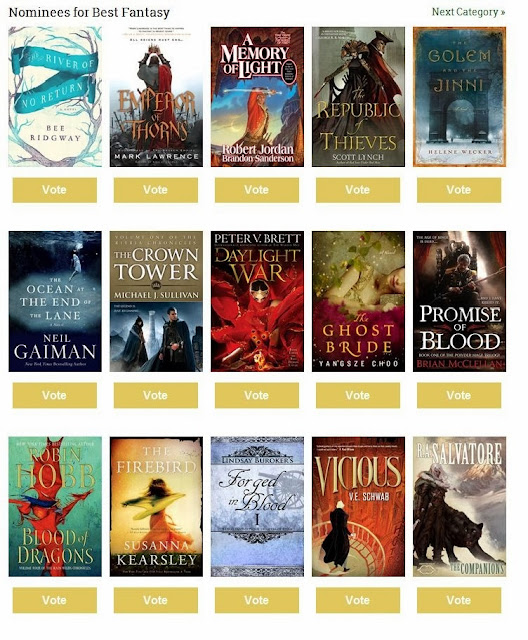 If you know me at all you'll know I'm going to make info graphics about this! Here are the numbers of ratings the ten most rated nominees have. 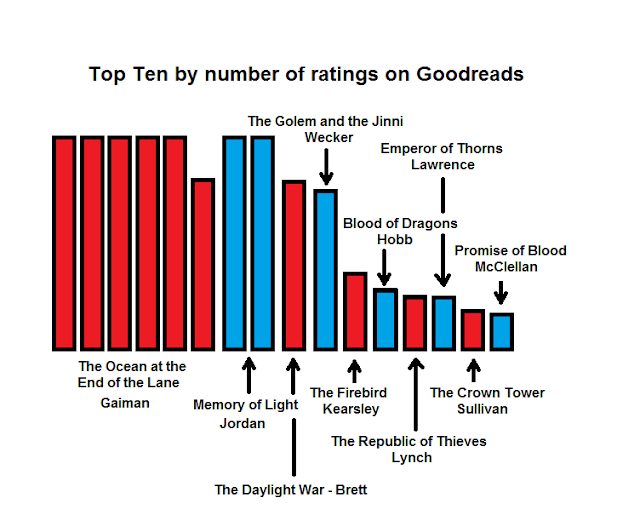 So... not looking so hot for a top 3 spot... The competition is red hot this year! But forget quantity... how about quality? Here are the top ten by average ratings. 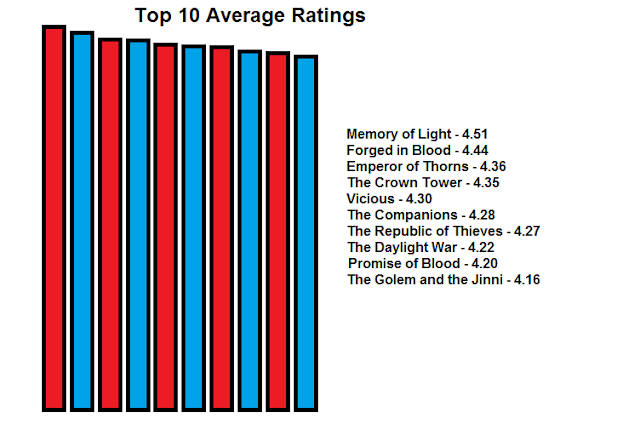 Looking a touch better. A third place there!

But of course all this needs context. When did these books show up? 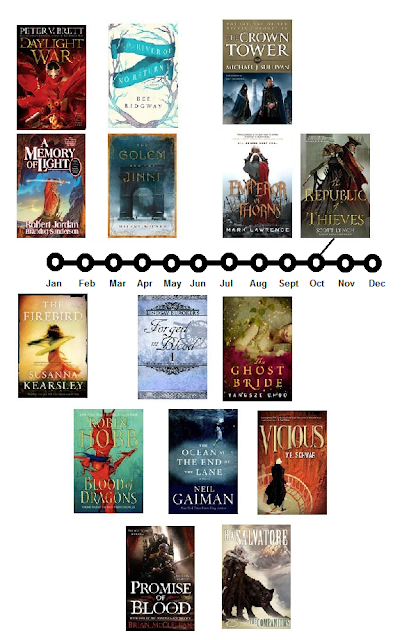 And here we see that Lynch's book (beating Emperor on ratings number) only showed up last month, meaning it's a much bigger contender that the earlier charts indicated.

If you liked Emperor of Thorns and want to send Jorg off in style, your vote will be much appreciated!
Posted by Mark Lawrence at 04:23