Actually this isn't marketing 101 at all - it's more musing on what impact marketing has. 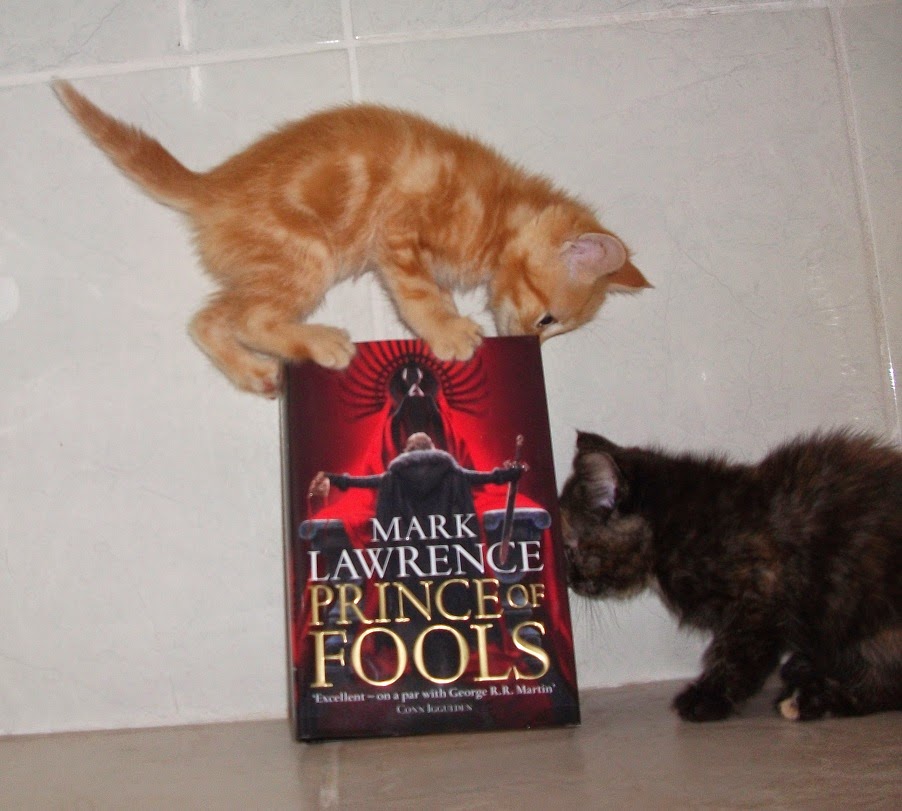 My personal marketing budget runs to introducing our two kittens to my book and snapping them with a broken camera (it works, you just can't see what you're taking pictures of so I take a lot and hope).

I couldn't help noticing there's been quite a campaign for Joe Abercrombie's latest book. Here's what Voyager started to build! 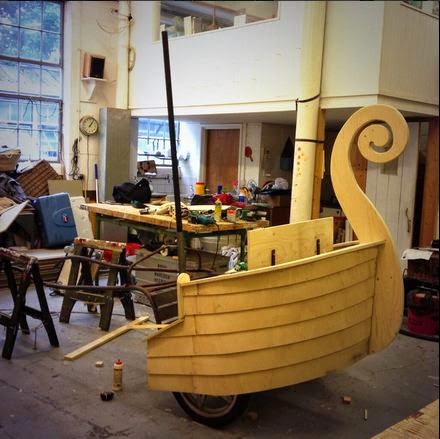 And here's the finished item being paraded around central London! 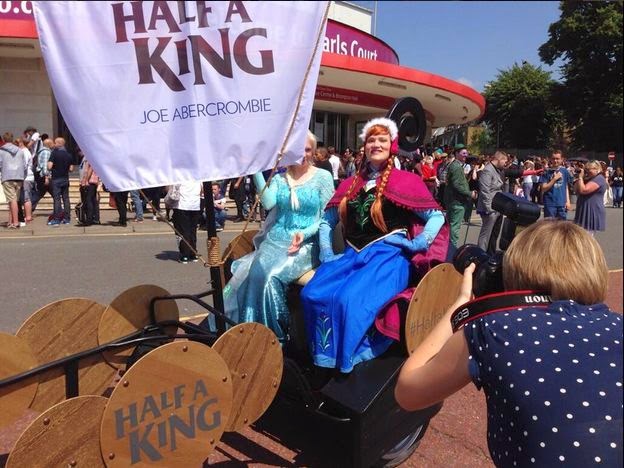 Spiffing! And all credit to Joe, he's been working very hard on his launch, signing books at a ton of locations, giving talks, making appearances. It's time consuming stuff. My personal circumstances preclude me getting out and about like that, and to be honest, whilst I'm not glad about those circumstances I think I would find all that promotion tough. I'm not someone who is comfortable on stage, performing, or meeting large numbers of people. My first ever event in August is going to be interesting - perhaps I'll love it - we'll have to see how it goes.

My wondering here is how much of an impact all this stuff makes. Abercrombie's Half a King has just debuted at #3 on the Sunday Times Bestseller list. That's great going. The question is, where would it have been without all the appearances, the chariot etc? Abercrombie is a very successful author with large numbers of fans, Half a King is reported to be fine book. I'm sure it would have done very well with far less show.

The question for the marketeers is how many places up the bestseller list did the chariot carry their man? How much did it cost? Was it worth it? It's an imponderable. Here I am posting pictures of the chariot and talking about the book - how much is that worth? Put in a basket with all the other people doing the same thing and weigh it against the $$$ invested...

I think it's pretty sure that a terrible book will sink no matter how much marketing it gets. It's less clear whether a great book will float without any.

Book marketing can be a huge deal. Consider The Night Circus that came out at the same time as Prince of Thorns. It won best marketing campaign of 2011. They had circus performers turn up to numerous venues. Here are two rather tall ladies at a UK bookshop promoting Morgenstern's debut.


I remember going into my own local Waterstones (UK book chain) and passing a 7 foot tall shelf mid-floor, stacked _only_ with The Night Circus, face out. Prince of Thorns was in the fantasy section nestled at the back of the shop, 3 copies. And I'm in no way complaining because Voyager gave Prince of Thorns a great push, getting it into the right shops, getting it on a lot of shelves, and managing to have free copies given away with A Dance With Dragons. Clearly that gave me a much better start than many authors' debuts got that year.

And The Night Circus went on to sell millions. Again, it's reportedly a great book and would very likely have done 90% as well with 10% of the push ... but 'likely' isn't 'certainly' and there's the rub.


Anyway, the TL/DR  version is:
BUY MY BOOK because ... kittens.