The good news - Prince of Fools is one of 15 nominees for Best Fantasy 2014 on the Goodreads Choice Awards! 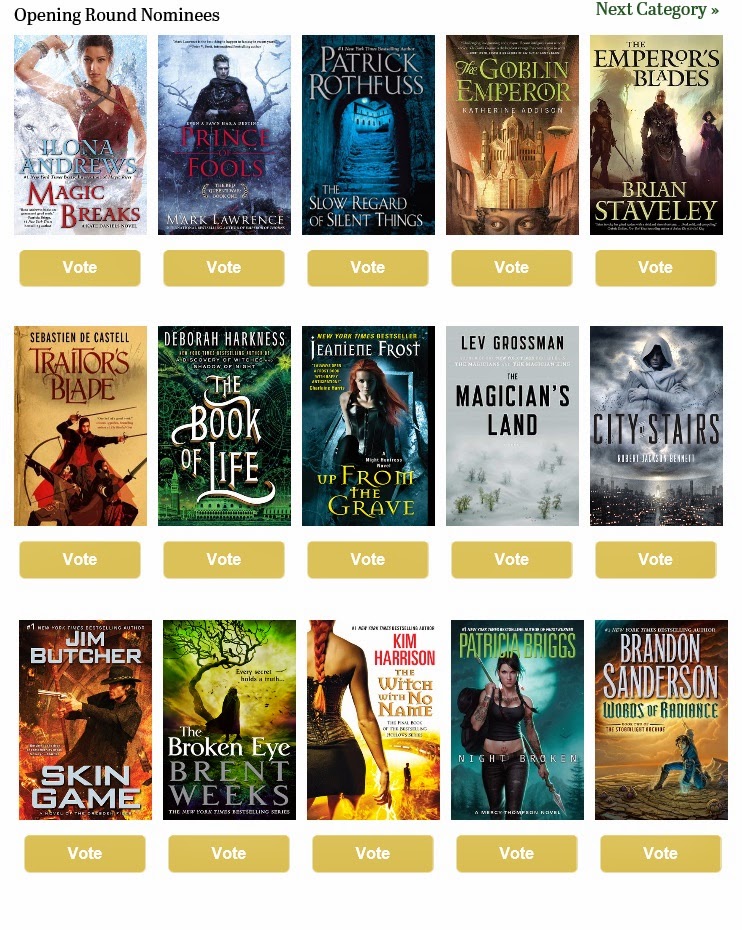 The bad news is that the competition is tougher than ever this year!

Last year Emperor of Thorns scraped into the final and came 9th of 10.

This year Goodreads have abolished the Paranormal Fantasy category - the folks with guns, tight leather trousers and bare midriffs are with us - and so really heavy hitters like Jim Butcher, Patricia Briggs and Ilona Andrews are in the mix.

This graph showing the number of ratings the 15 nominees have gathered so far from Goodreads readers - this is likely to translate roughly into the number of votes they'll gather in the Award poll.

So you can see that Prince of Fools needs all the votes it can get.

Doing well on these awards is a great boost for any book - so if you're on Goodreads and can spare a vote ... many thanks!

The chart below shows the order of results in 2011 with the orange columns showing how many ratings each book acquired on Goodreads in the time since then. Note, it's the area of the column that is proportional to number of ratings. If the columns for the first three were the same width as the columns for the rest, then they would be three times taller! 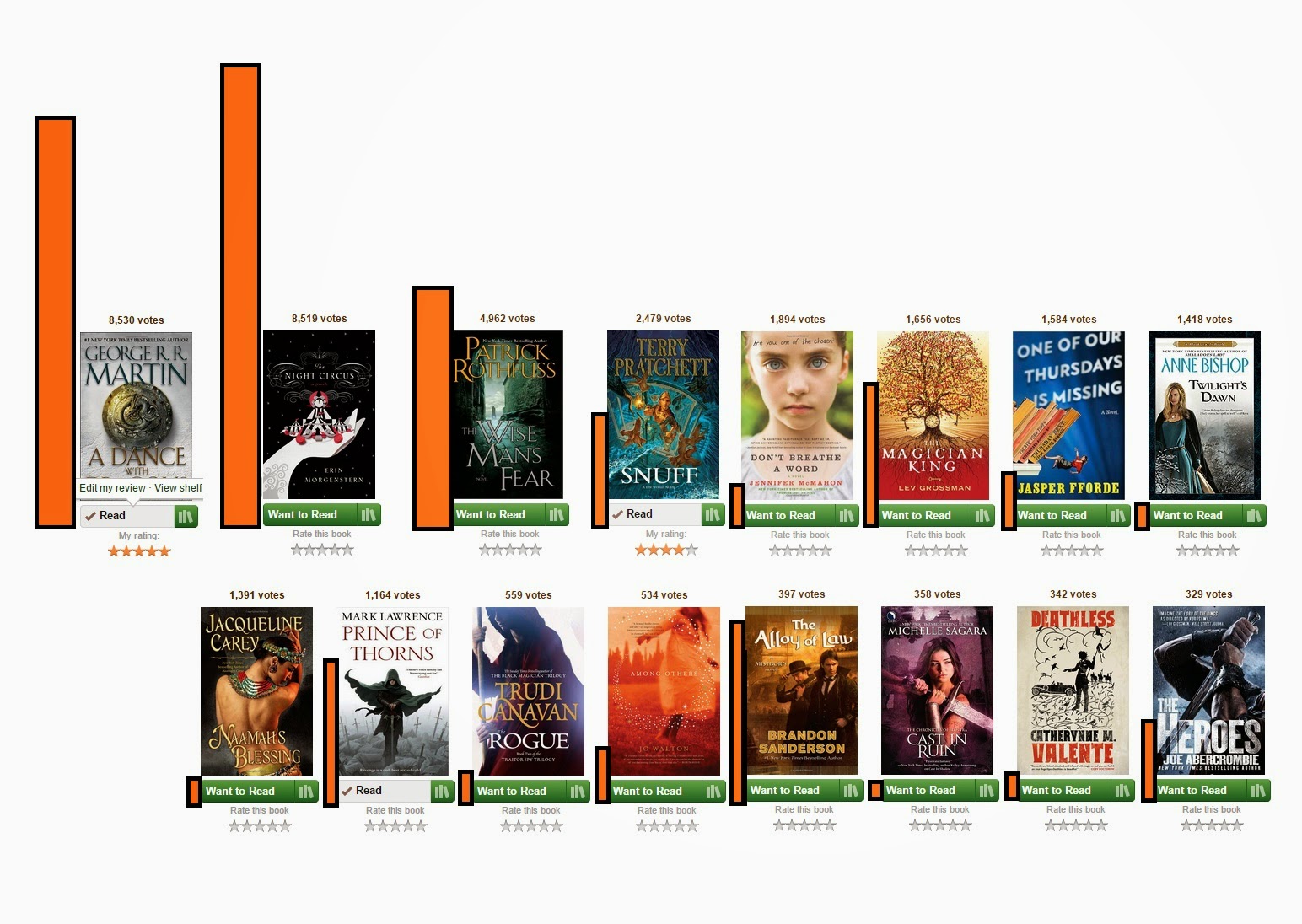