My alphabet of SFF goodness.

My current work in progress has hit a sticky patch, so naturally I'm wasting time on the internet.

Here's the challenge - do it and I'll link yours at the end of this blog.

For each letter of the alphabet choose your favourite fantasy/sci-fi book that you have on your shelves by an author whose surname starts with that letter. Put them in order. Show us!

Here's my alphabet of SFF goodness:

I would have gone with Adam's Hitch-hiker's Guide to the Galaxy but couldn't find it on the shelf, just Restaurant at the End of the Universe, and Asimov beats that out.

Feist & Wurts Mistress of the Empire was an easy choice, Gemmell (no dust jacket, so photo added) beat out Alan Garner's Moon of Gomrath. Hobb was easy. Had no 'I' so there's John Irving - A Prayer for Owen Meany. It does have a single 'fantasy' element in it. Had no 'J' but I'm saying Wynne is Diana Wynne Jones' middle name! Would have used John Hornor Jacobs' The Incorruptibles but I gave the ARC to a blogger last year. 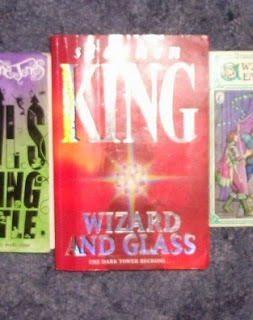 Easy choice for L and M. N was easy as I have few of those. Peake edged Pratchett. Rothfuss pushed out Ryan, Scalzi edged Schafer. 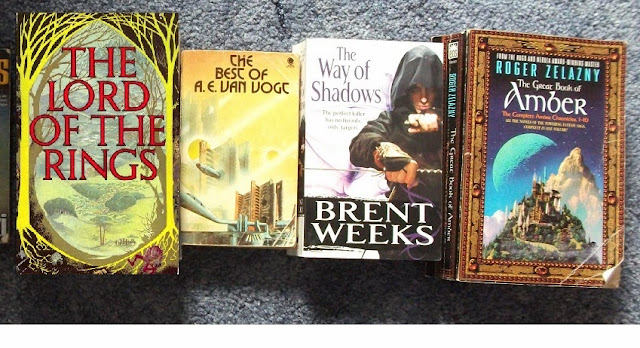