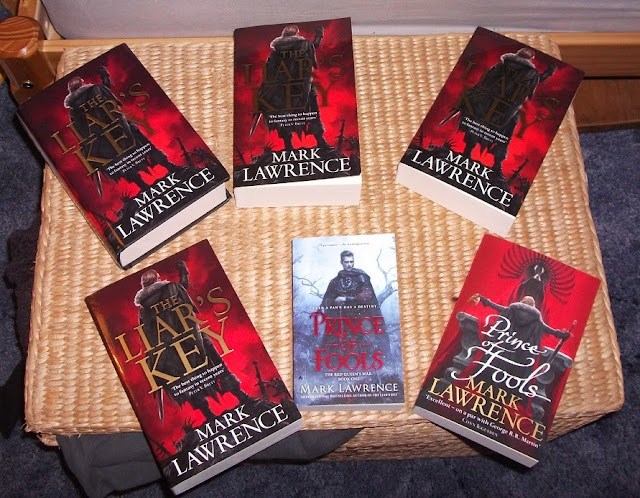 The good folk at Voyager have sent me a bunch of early copies of The Liar's Key and as is my wont I'm going to give one away a signed one at random to:

I'll make the draw on Wednesday, the 6th of May and send four copies out the next day!

Random.org has spoken! (weirdly the numbers missed by just one or two several people I know well)

You can have a signed Prince of Fools paperback (US or UK), or a signed UK hardback The Liar's Key (or indeed paperbacks or hardbacks of King or Emperor of Thorns as available). Email me your choice, address, &/or question + if you want a dedication, to empire_of_thorns@yahoo.co.uk )