The Big Book of Thorns is on its way!

It has long been an ambition of mine ... well, these past 4 years at least ... to have a special edition of the Broken Empire books. And when I say special I don't mean just a fancy front page proclaiming it to be a special edition - I mean SPECIAL.

The Broken Empire trilogy means a lot to me. It was an emotional thing to write and contains some of the best writing I'm capable of. I know it means a lot to quite a few other people too, because I've had hundreds of emails and messages telling me so. Both the book and the process of putting it into the world and interacting with its readers have been a journey - an epic journey - and I wanted something to commemorate it.

After a lot of nagging, set-backs, planning, failing, natural disasters, and blind luck, we've finally got there. It's coming!

Grim Oak Press are producing an omnibus edition, the whole trilogy in one volume, a Big Book of Thorns! Shawn Speakman's the man in charge. He loves books, he loves these books, and he loves producing beautiful examples.

All 52 copies of the leather-bound lettered edition, retailing at $300 each, were sold within 9 minutes of the pre-order page going live!

However, you can still pre-order the numbered edition, which are the same omnibus, a hardbound, cloth-covered, signed limited edition with 9 new pieces of  Jason Chan artwork, a new 10,000 word Jorg short story, and thorn-graphic designed interior/exterior by graphic artist Nate Taylor (an illustrator who works with Pat Rothfuss).

Pre-order it here while copies are still up for grabs!

I'm sharing this now because recently I posted about the signed and numbered run of The Liar's Key - I posted multiple times on my Facebook page, the Prince of Thorns facebook page, Twitter, my blog, and Goodreads. The books sold out quickly and ever since I've been getting distressed messages from people who missed out because they didn't know about it. So, I'm getting the word out early!

Special editions are a labour of love. Compared to the sale of hardcovers, paperbacks, and ebooks they make very little money. I make more money on a fire & forget deal for the Lithuanian rights to Prince of Thorns or whatever. They cost a lot to buy because they cost a lot to produce. I'm pushing this because I love the idea of a big boxed leather-bound Book of Thorns. I want one. I hope you do too!


But wait, there's more! When the print run sells out Grim Oak Press are going to donate $10,000 to the Children's Hospice charity that runs several wholly charity-supported hospices, one of which gives 14 days respite care a year to my daughter Celyn and cares for a great many other life-limited children. This is a very generous move, suggested by Shawn Speakman, and in-line with Grim Oak Press's track-record for charitable donation. I know that the money will be very well spent on the most vulnerable of children, putting some happiness into their short lives and being there for them at the end.

So basically if you order the cloth-bound edition you're giving $10 to charity - which is a lot more than you're putting in my pocket!

I don't have anything else to show you, except this sequence of photos I took recently when unwrapping my copy of the Unfettered anthology from Grim Oak Press. This should give you an idea of the type of thing they produce.

(check out their announcement) 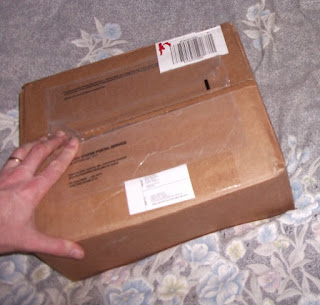 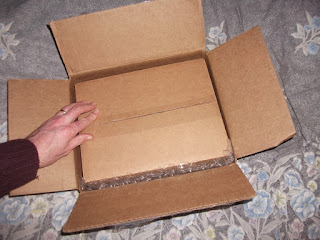 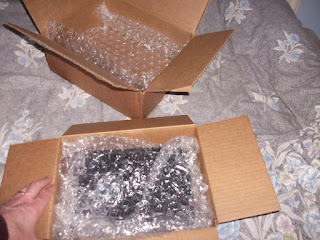 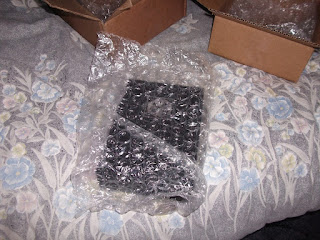 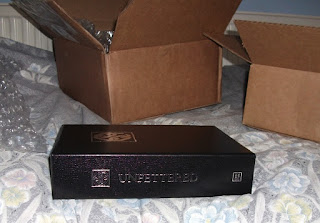 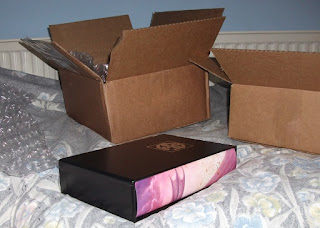 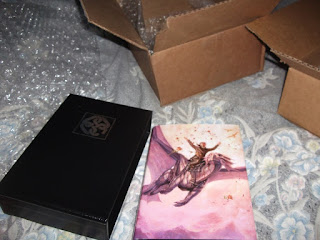 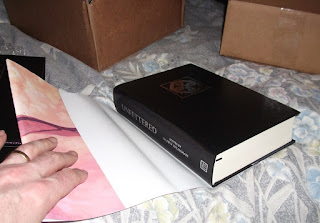 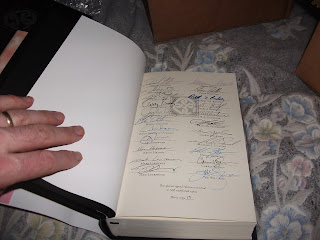 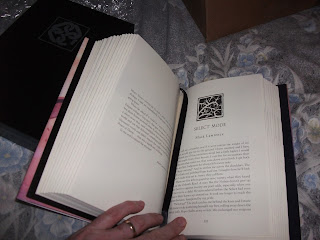