I thought I would have a go at this BOOK BOMB business.

I see that Larry Corriea has been at it for years. And if you see a good idea, why not copy it?

The idea is that for 24 hours people are encouraged to buy and publicize the existence of a book that both needs and deserves help. The aim being to drive the book in question up the Amazon ratings tables to get it some visibility.

I plan to chart the progress of the books in question to see/show what impact we had.

First up as proof of concept is Rough Magick by Kenny Soward, a steal at $1.21 for the ebook.


Retweet this tweet for a chance at a free signed paperback! 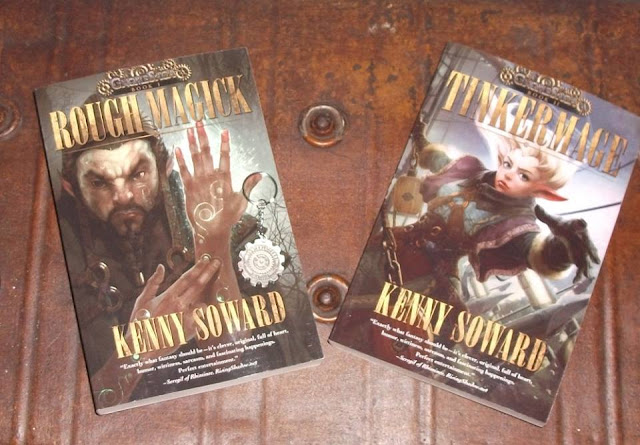 Currently its rankings are:

I read Rough Magick and reviewed it on Goodreads.

The first thing to say is that Kenny Soward has a lot of good writing tools in his bag: he writes great description and has a wonderful imagination. Rough Magick took me into fresh territory with its gnomes, a fascinating lot with some of the jovial bumptiousness of hobbits, a lot of inventive tinkering skills more in line with dwarves (actually I was reminded of the animated film Robots), some internal politics and corruption, and a hard edge to them when pushed.It's a fresh, inventive, well described story with much to enjoy and if you have enough of the buttons it pushes then it could knock your socks off.Give it a go!

The book was published in 2013 and has mustered 50 ratings on Goodreads where it has an average rating of 3.90 (Prince of Thorns has 3.87). My Goodreads friends rate it higher that the general public, with a 4.11 average.

Kenny is a good guy and has always been supportive of my efforts. He seemed a great candidate for starting off this experiment.

So let's bomb this book up the charts and give gnomes a chance! 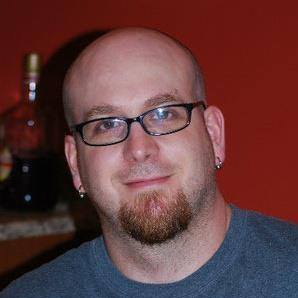 Kenny Soward. Not a gnome. Allegedly.