Well, I was expecting a handful of entries and an easy choice. In the end I'd be happy to have had almost any of the entrants as my reader. Guided by the vote here, the voting on my facebook (more controlled as it's just my friends, not the entrants' friends, and by my own ear/tastes I eventually selected T.O and Richard.

T.O blew the rest away on my Facebook vote and did very well here. Richard did well in both votes and sounds great to me. Also, both are authors (T.O Munro and Richard Ford) and it means I can try to reward their efforts by letting them plug their own work at the end and maybe append a reading of the first chapter of their books.

As back-ups and extra honorable mentions I have Cheryl, Paul and Lewis in that order. And I do have at least one more Broken Empire short story coming out.

Again, many thanks for all the entries. I now know what those dithering judges on things like the Xfactor go through - when you have to not select someone who is clearly excellent it really sucks.


I invited readers to send in recordings of their narration of the short passage below if they would like to be considered to read the whole thing for the audio version.

And now I'm in trouble! I got 19 excellent contributions and whilst (to my ear) some are clearly better than others, there are so many excellent ones that I have no idea how to choose between them. We've got every accent from Indian, through German, American, and in the UK ones which I can distinguish between we've got Scots, Yorkshire, Home Counties... and the reading talents on display are great. They do exactly what I know I can't and bring the piece to life with personality and emphasis and acting skill.

As a writer I notice also how the lines are delivered from the point of view of preserving the meaning - I listen to the timing. The staff is thick and polished from hard use. You might make the case for a comma there, but certainly that quarter beat some readers leave clarifies that it's not thick from hard use, just polished.

Then there's the question - is it more important to have a voice that sounds like you imagine Jorg's voice, or a delivery that brings Jorg's personality to the thing?

For example, the female readers don't sound very Jorg to my ear, but I'm very happy to consider them because they (variously) do such a good job of delivering the prose in a Jorg-like manner. If a reader brings the sentences to life then that's more important in the long run than if they have a deep voice (and remember in this story Jorg is six months younger than he is at the start of Prince of Thorns). 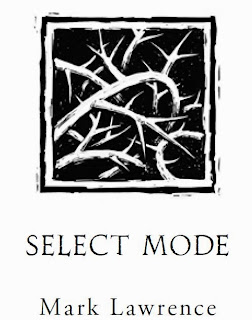 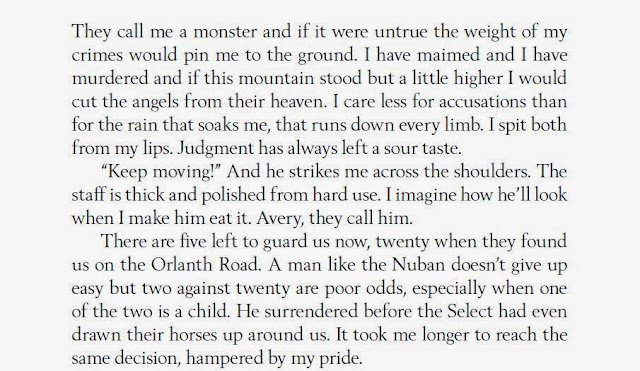 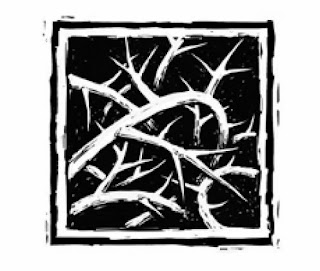 Here are the entries:

& a huge thanks to everyone who was a good sport and took part - I very much appreciate the effort and admire the talent!


If you're going to vote please at least listen to the first line of each entry. I know there are a lot of them but it's only fair. Or if you can't manage that then at least choose at random rather than just from the top of the list.

You can vote for as many of the narrators as you like on this poll. I'll use the results as a guideline but will exercise my own judgement as well. It would be great if we could do this on merit and not recruit friends to vote!