Horsemen of the Apocalypse - the update!

Here's how things stood on the morning of November 4th. 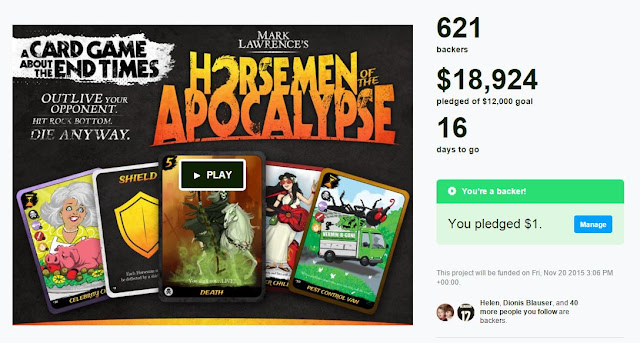 That's something like 1000 decks going out! Which means several thousand people playing.
I have to tell you that it's pretty cool to see an idea take shape like this. I've played the game dozens of times with my little cardboard rectangles covered in numbers and crossings out and my sons as the opposition. It will be great to hold the finished high-quality cards with Cathy's art on them and have a 'real' game!

Cathy has delivered two more cards over the past week. Minor ones to be sure but still capable of saving your game-life for one more turn as the horsemen ride them down. 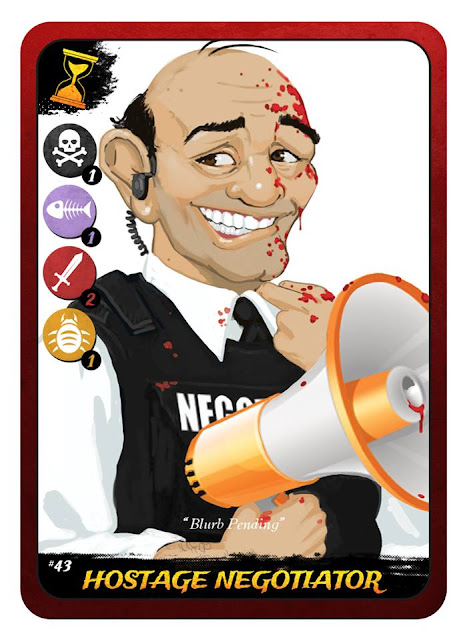 A Hostage Negotiator. Like most humans he can put up a token resistance to Death, Pestilence, and Famine. His particular talents make him most resistant to War. Talking War down off his horse is a tough call but our man will give it a go! 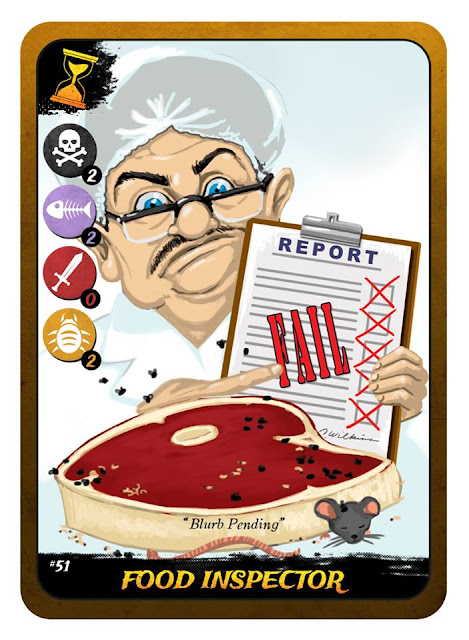 And a Food Inspector. This fellow's talents are useful in delaying Death, Famine, and Pestilence. An unsung hero, and yet they get such a bad rap. When you sew discord and start arguments for a living (albeit with restaurateurs) it makes you a help to War rather than a hindrance.

What card will be next? I've no idea. I'm crossing my fingers for Road-Kill Moose, or Beached Whale. Both good vs Famine and ... nothing else really. 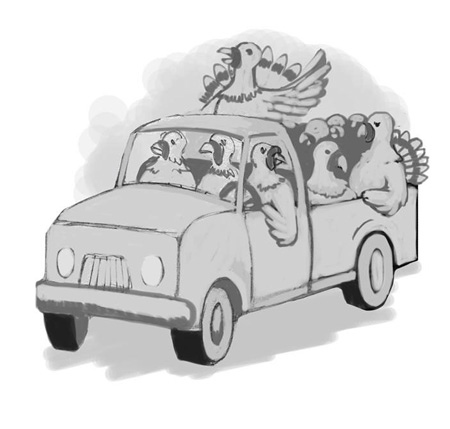