The Liar's Key is a nominee in the Goodreads Choice Awards for Best Fantasy 2015!

Find all the nominees here and VOTE! 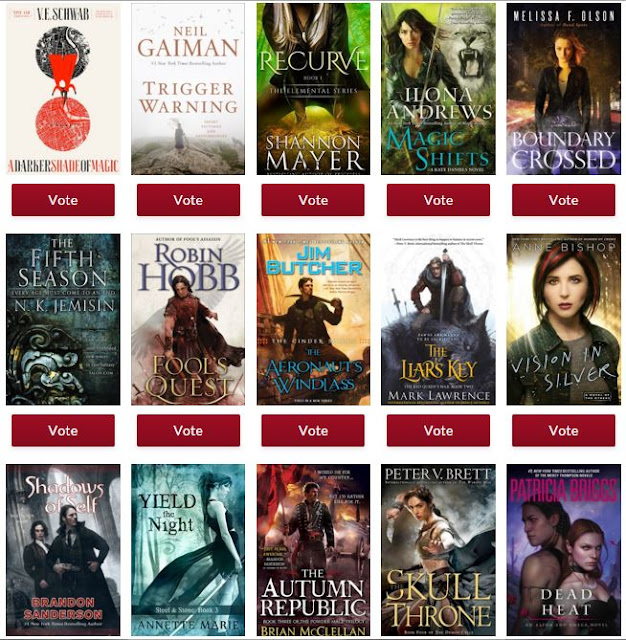 Amazingly all my books have made the nominee list for the Goodreads Choice Awards, every year since 2011 has featured a Lawrence book on the list!

In 2014 the paranormal fantasy category was combined with the fantasy category - this meant a flood of very popular vampire/werewolf books and urban fantasy books joined the mix, making the whole business much harder! It's the same this year.

In the graph below I've plotted the number of ratings each nominee has on Goodreads. Some like Jim Butcher's book and Brandon Sanderson's book have relatively low numbers because they've come out only very recently. The Liar's Key has been out since June and is only 4th on the list because ... MOST OF THOSE GUYS ARE SUPER POPULAR!

So I really need your vote :) 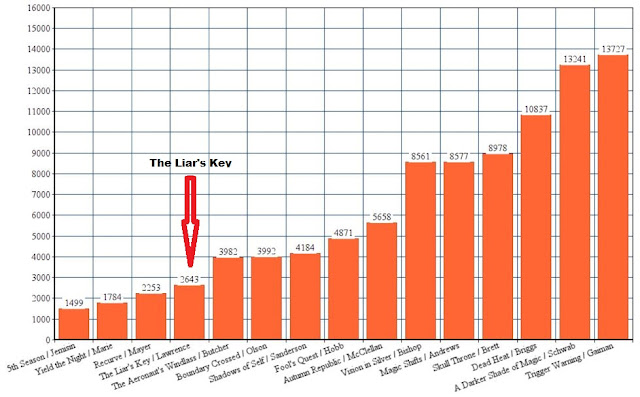 It's worth noting that in the YA fantasy section (note Schwab describes herself as writing YA fantasy) the top book has 68,000 ratings and several are in the 30-50K range. Which shows just how lucrative that market is! I'm very glad it's a separate category or us epic fantasy authors would never show.