The Self-Published Fantasy Blog-Off #SPFBO was, in my estimation, a great success. We took in 273 self-published fantasy manuscripts and 10 top bloggers gave out around 100 reviews, in the process picking ten finalists and an eventual winner.

You can read all about it here.


Now closed to new entries.
We have 300 entries in!
SPFBO 2016 is on. Scroll down for contestant list and updates.

Each of them will:

a) Put on a pseudo-literary agent hat and accept a randomly allocated slush pile of 25+ electronic fantasy book manuscripts and work through them to find their favourite single submission which they will then "publish" into the final round of the competition.
b) Review at least the book they put through into the final.
c) Read through the final list (9 books plus the one they put through) and score those books out of 10 to generate a cumulative score for each of them which will be used to determine the over all winner.
d) Review the over all winner.

(in practice they tend to do many more reviews than the minimum stated here)
There's no other prize. The winner will get the publicity of being the winner, plus the bonus of being reviewed on the blogs of 10 highly respected fantasy bloggers.
Frankly you can't buy better publicity than that.
The winning book will have been selected as the best from a field of 300 self-published works.
The first stage will take not more than 6 months - but if everyone makes their selection earlier we can move on.
The second stage will take not more than 6 months.

All you have to do email me the electronic manuscript ready for kindle/PC reading or (if one exists) the link to the FREE version on Amazon. You're welcome to include a cover letter, blurb. synopsis etc as you would for an agent - but it's not compulsory. These guys are bloggers, they're used to making up their mind by starting to read and seeing if they feel any compulsion to continue.
Email me at empire_of_thorns@yahoo.co.uk with the SUBJECT: Book Contest

I will be maintaining a list here of #SPFBO links to posts by the bloggers and also relevant blog posts about the contest. You may find other interesting links by Googling in SPFBO or searching for the hash tag on twitter.


I've started a 'best cover' contest for the SPFBO covers.


Here's a Wordle made from the first 250 titles! 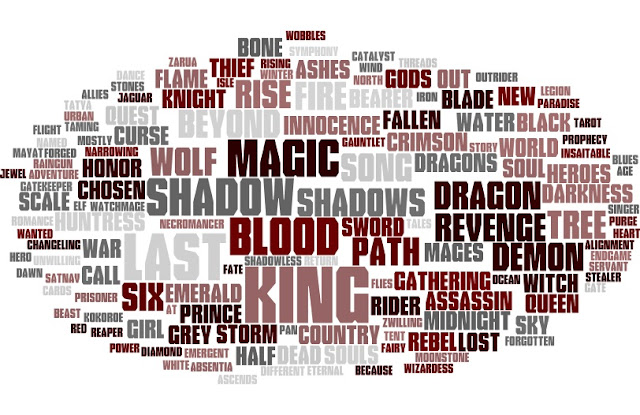 Mode titles would include:


How have the first 276 entrants chosen to present themselves gender-wise? 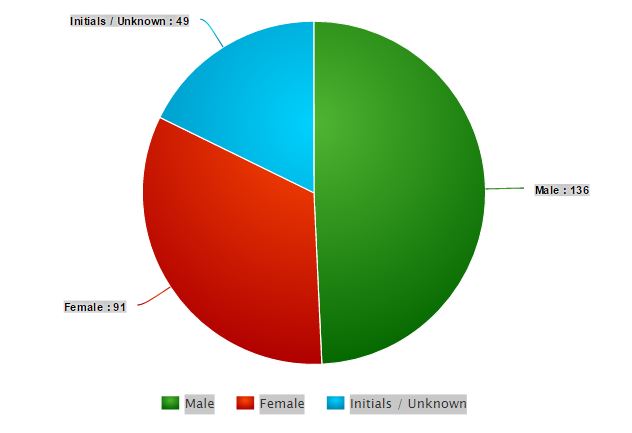 From inspection I would say that the majority (but by no means all) of the authors using initials are female.

Here's one from Brent Nichols - any more?

A note to authors:

First let me say thank you to all the authors who sent their work in. You were so numerous I wasn't able to respond individually but at the end of this post is a list of all the entries I received, which blogger they went to.Almost everyone who sent in thanked me for taking the time to do this - of course I've spent only a modest amount of time on the project and it is the bloggers who are going to put in the real hours.Almost everyone who sent in thanked me for the opportunity. And it is a great opportunity - but let's take a moment to keep expectations real here. We have 300 entries. Each blogger is going to select the book they feel is best from the 30 entries sent to them. That means that 97% of you will fail at the first hurdle. That's just the unforgiving mathematics of the thing.You may have written a great book, but there may be one in that 30 that the blogger likes better.Here are my views on 'failure'.