Look at me self-publishing! 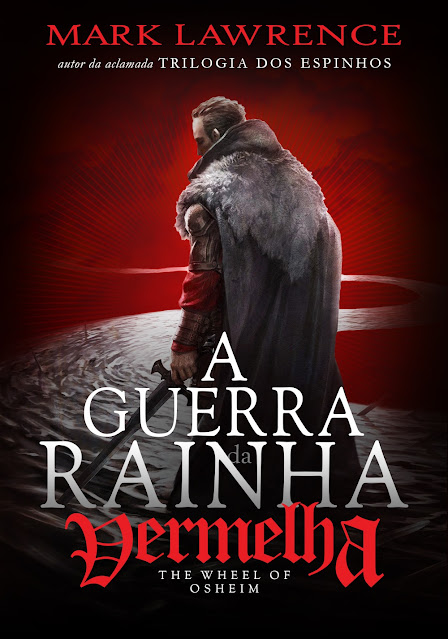 It's here! The long-awaited publication of The Wheel of Osheim / A Roda de Osheim, final book in the A Guerra da Rainha Vermelha trilogy.
Here's an assessment of the Brazilian fantasy publication scene from a Brazilian reader:

"Being a fantasy reader in my country is hard. When Game of Thrones released, there was a boom here, where every publisher started bringing fantasy books, a genre very overlooked in our market. As the initial hype died down, publishers were faced with a hard truth: fantasy does not sell well here. I’m not a researcher so I can only give some assumptions on why that happens: price, size and complexity. The sad reality is that (and other people from the third world may understand what I mean) for a country with a broken economy and high inequality, books would be considered by many a luxury and on top of that, fantasy books tend to be larger or part of series, which make them pricier. Also, the lack of funds for our public schools (thanks politicians) leads to generations of people simply receiving a barebones education which reflects on our low reading index (an average of 2 books per year).

Okay, back from that tangent. So what happened is that publishers gave up on fantasy and this led to most series, and even just trilogies, to be abandoned and left incomplete.

That was the case with Red Queen’s War, abandoned after the first two books were released, despite the Broken Empire trilogy actually selling well here."

I've no complaints about my Brazilian publisher, Darkside, they made some lovely hardback editions of my books and sold them in great quantities. Obviously they had to make some tough choices in a difficult economic climate.
Once my contract allowed my to take back the Brazilian rights to The Wheel of Osheim I looked into the possibility of having it translated and releasing it myself in e-book. It turned out to be doable, so I did it!
I felt bad about leaving my Brazilian readers without a conclusion to the trilogy, so now it's there for those sufficiently interested to find it. It seems very unlikely that the sales will make enough to cover the translation costs, but I was in a position to afford it, and wanted to do it as a thank you to the Brazilians who bought The Broken Empire books in such numbers.
A big thanks to cover artist Jason Chan for letting me use the cover art for free for this edition. And thanks to Pen Astridge for designing the cover to be similar in style to the two previous books.
Find the book here, and spread the word to Brazilians whose English isn't strong enough to read my blog/social media:
https://www.amazon.com.br/RODA-OSHEIM-Guerra-Vermellia-English-ebook/dp/B091BD64XD/ref=sr_1_1
Enjoy!
Join my 3-emails-a-year newsletter #Prizes #FreeContent
Posted by Mark Lawrence at 05:59 2 comments: