I was rather boggled by this 1* review of One Word Kill on Amazon (remarkably the review has 39 likes).

Review Comments:
Typewriter Jimmy1: Horrors! There's ONE brief mention of ONE character being gay. "Amazon Customer" seems to have a big problem with gay people. Tough! We're here, whether AC likes it or not.
R2D32: Thanks for the heads up on that one! I wasn't going to read it anyway based on other reviews, but I appreciate knowing about certain story lines so that I can avoid them.
bernie (xyzzy): You are not supposed to notice those things. They are cleverly weaved into the story. However, I gave your review a helpful vote for untangling.

Of course things can swing in the opposite direction just as hard:

From a highly negative review of Prince of Thorns: "And there are no gay people mentioned at all, even in passing. What the hell?"

A comment which always made me wonder "How do they know?".

Anyway, it's perhaps comforting to know that for every nutjob out there who thinks I'm the champion of all things gay, there is a balancing nutjob who thinks I'm the enemy of representation. In truth, I'm neither keeping up a quota or excluding a minority. I'm just writing the stories that pop into my head. Though, whilst I have no time for people who try to police me at either end of the spectrum, I would on reflection, much rather annoy the folks who don't want certain groups to appear in our literature than those who are keen for everyone to put them in all the time.

According to the UK Advertising Standards Agency if you have over 30,000 followers on social media you can be treated as a celebrity for the purposes of the laws concerning endorsements!

Surprisingly (and thanks to their algorithms periodically funnelling followers my way) Goodreads is the platform on which I have most followers: 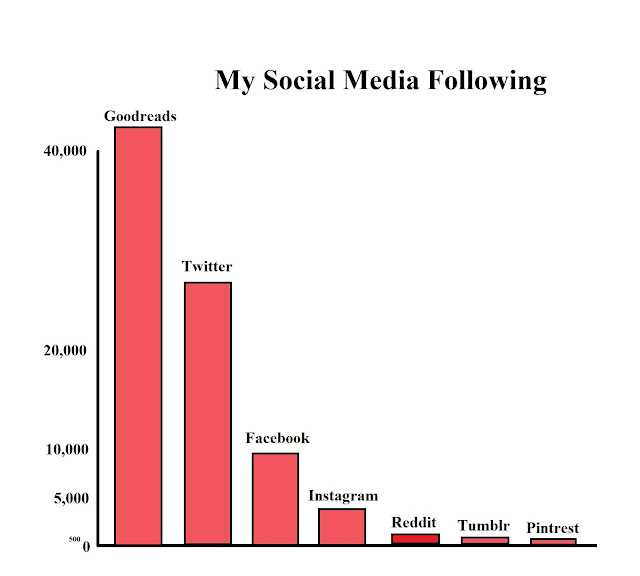 Across the various platforms I'm active on I have over 80,000 followers (there may be some overlap). So woo! I could be subject to restrictions should I shill you hair products and receive money for doing so.

Of course the important thing from the point of view of an "influencer" (and rest assured, all I want to do is influence you to buy my books) is visibility rather than raw follower numbers.

I have 43,000 followers on Goodreads and zero way of contacting them - it simply means that some tiny fraction of that following will see when I review books or like reviews etc on the site.

The important number is the product of the total follower number and the fraction of followers that see any given activity. With Goodreads if I make a blog post literally 40 people see it despite those 40,000 followers.

On Facebook the % is better but the following smaller - even so, I reach far more people on Facebook and the interactions are more meaningful.

And of course my newsletter has potential to be effective but probably most of them languish in spam filters even though the recipients signed up for them...

These are the blogger votes for the cover contest:

When votes are tied the order shown indicates blogger preference. 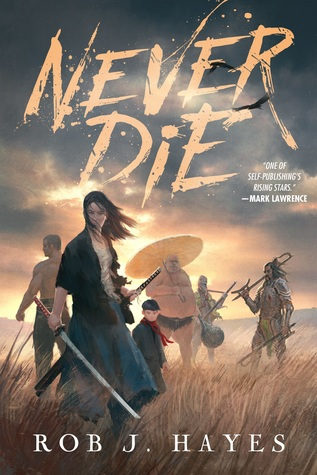 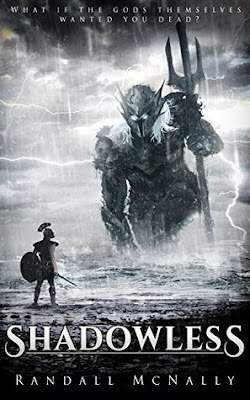 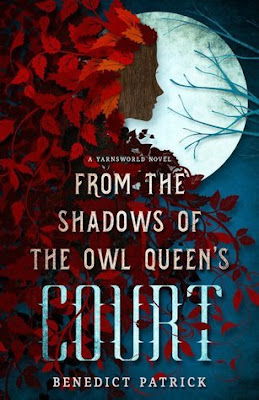 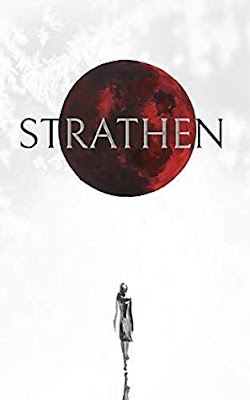 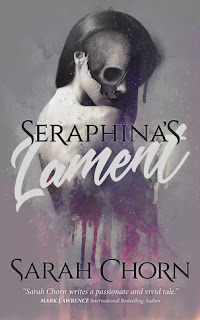 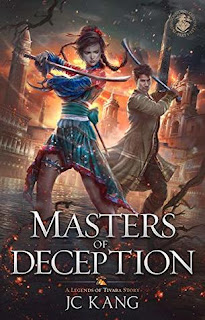 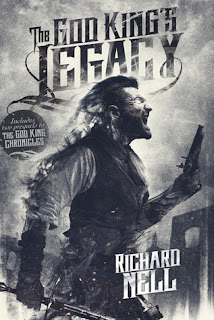 (a somewhat dense blog post, created largely because I wanted somewhere to record my musings)

Now is a difficult concept. It's one I've thought about a lot over the years and, like science in general, got nowhere with.

I've been thinking about it recently because it's still niggling at me after cropping up in my Impossible Times series:

Simply put, "now" doesn't exist in the equations that to the best approximation science can come up with, govern existence.

If you write an equation to describe a system - like a ball being thrown - it will tell you at each time (t) where the ball is, how fast it's moving etc. But there is no special time (t=T) that corresponds to any "now". The system has been described and no one value of t has any significance over any other. Moreover there's no direction to time: the equations work equally well in both directions.

And this doesn't just apply to a ball being thrown, it applies to every equation describing every system ever.

There are vague arm-wavy explanations for the direction of time, relying on statistical arguments (entropy increases). But for "now" … nothing. Just Einstein pointing out that "now" isn't universal. One person can experience (according to space-time equations, not because they are crazy) two events being simultaneous, and another may experience them happening one after the other.

But this experience of "now" - this singular point moving forwards at 60 minutes an hour, a special divider between past and future... that does not crop up in any of the mathematics over the past few centuries that have described the universe ever more accurately and delivered all our technology.

Of course you can point at the failings of current theory to explain certain very significant components of the universe - primarily dark energy and dark matter. And you can say that maybe when such things are encompassed within the latest theories then "now" will also pop up. And I guess it may.

However, for now I am forced to hunt for someway of reconciling my subjective experience of existing with the science that so accurately describes everything I can see, and an vast amount that I can't.

And I've found a way that at least seems plausible to me and scratches the itch. It's not a scientific break through. I haven't solved any equations. It's just a way of thinking about it that for me has let me move on. 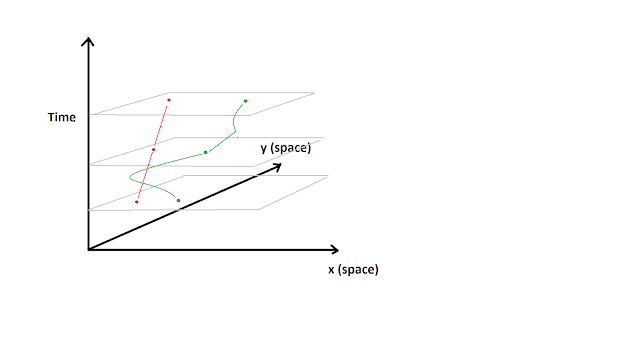 Consider the often drawn space-time cube. It's a diagram where 3-dimensional space is shown as a 2-dimensional plane and the third axis is time. The cube captures all existence, all space and all time. Our lives can be plotted on it (I show a section in green) as can a truck moving along in a straight line (I show a section in red). At each time the thing (me, or the truck) is at given coordinates (x,y). We can imagine the coordinates expanded to include the full parameter space we exist in, so that everything about the entity in question is fully described from its beginning to its end.

From this perspective there is no "now". Everything exists in one block. The old you in a care home, the baby you being born, and all the stuff in between are just points along the line that describes you.

You don't follow this line as time moves. Time is static and exists. The line exists. All the you's that we can examine by looking at a particular t=T … exist.

So … why do we strongly believe that there is a "now"?

Those with a science background may be familiar with the reformulation of classical (or quantum) mechanics into a Hamiltonian (thanks to Mr Hamilton in 1833) vector field where the evolution of the system through time is just given by following the slope of the field.

Basically if we go back to the thrown ball: its trajectory is the solution of the equations of motion given the starting parameters. At any point along the trajectory we can examine the parameters that describe the ball (primarily its position and velocity) and deduce its parameters at the next point.

For a ball it's pretty simple.

Now consider the Hamiltonian: given a ball at time t = t1 we can deduce the ball's state at time t = t2 by considering its position in the relevant parameter space, which is (IIRC) momentum space.

In other words, the solution that is us, necessarily includes a changing state of mind that is dependent on stored versions of earlier events (memory) - they can only be earlier because of causality - and a model of future events (planning/anticipation etc), and as a consequence/by product of that solution there is in a self-aware system (one that models itself) a sense of now.

The solution that is us exists at every point on the space-time trajectory (we don't follow that trajectory any more than a ball does - it's the entire solution, there's no following - that's just an artefact of playing around with one of the parameters (t)). And at every time on the solution there is a local solution (us) which by necessity maintains a sense of now as a consequence of the nature of its formulation - the solution included solving for the mind state since this is part of the parameter space of the Hamiltonian. We exist at all times from our creation to our destruction - all those times are equally important points on the line joining our birth to our death. At all those points (at least when we are conscious) our minds retain memories and plans, and an artificial sense of "now" that is a necessary component of linking the two. But there is no now. Just a quadrillion Marks along a certain stretch of my trajectory all with a brain state that equates to wrestling with the concept of "now" because that is part of the solution of me given my starting conditions and the equations that govern us.