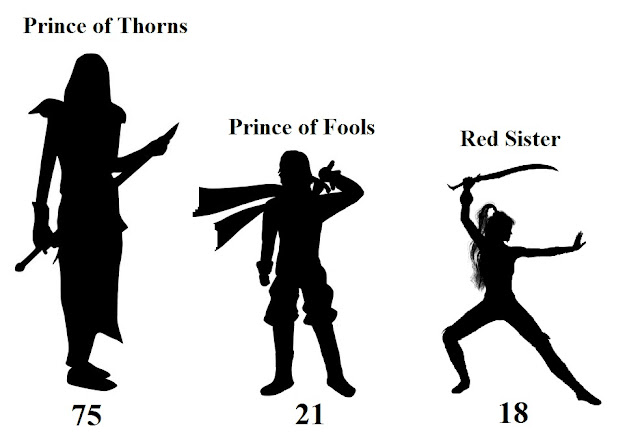 I remember wondering if it would reach 1,000 and later being amazed that it had reached 10,000. Sales figures are nice to see, but somehow the fact that 75,000 people have taken the time to rate the book on Goodreads seems a more concrete and impressive number.

And of course the younger members of the Lawrence book-family are giving chase. Congratulations are in order for Prince of Fools currently celebrating on 21 and Red Sister recently reaching 18!

Despite the colourful nature of the above spectrum, the high functioning end of the autism spectrum is a bit of a grey area. The boundaries between some aspects of Asperger's Syndrome and being introverted, socially anxious, or plain antisocial are quite blurry in places.

I should note here that I'm no expert and intend no offence here if I make factual errors.

I've met quite a few individuals representing a broad sampling of the autistic spectrum between the end where the effects are barely noticeable and the other where speech and many other abilities can be lost. It seems that somewhere along the line between those two extremes the ability to model other people is lost and that the individual can lose the capacity to recognise what information they share in common with others, leading them to launch into conversations without preamble or foundation. As the other party you can find yourself at a loss as to what is being talked about.

This is the antithesis of story-telling. A common "error" among would be writers is the failure to see things from the readers' perspective and to realise that the glowing city they visualise in their imagination, or the vital motivation, or the vibrant passion, are in fact still not on the page and remain only in their minds with the sentences as a support structure rather than the entirety of their vision.

An autistic person may, by not forming internal models of their audience, not consider whether what they are saying is relevant or interesting to the other party. A writer very much needs to be able to place themself on the far side of the page and consider the words there as they would seem to some other person without access to the contents of the writer's head.

And yet, my diagram places a significant number of writers on the mild end of the spectrum...

It's my feeling that whilst the effects of more severe autism are detrimental to storytelling, it may be that the mildest effects can help. I feel that I am in the group of writers who hover near the end of the spectrum. Very mild Aspergers still puts a barrier between you and the wider world. It can give you social anxiety. It can make normal social interactions require an effort. Maybe not a huge effort, but one that if sustained for too long without respite, becomes exhausting.

The net effect is to make folk like me more at ease with observing than with taking part. And because the miracles of social interaction don't come to us as easily as breathing or taking the next step, we become students of them. We put a great deal of mental energy into modeling other people, understanding what makes them tick, trying to see things from their point of view. We may still not be very good at it on the fly. The mental effort, the concentration required for real-time socialising may quickly tire us out. But we can end up being pretty damn good at it on the page, given a little longer to think it over.

As an example: I am phone phobic. I hate making phone calls. I've spoken to my best friend maybe four times on the phone in the last twenty years. It took seven years as an author before I agreed to do my only podcast. As a teenager pre-internet attending a central London school miles from my home with pupils spread out across the capital, I needed to use the phone if I were to have a social life, go to parties, meet girls etc. So I bit the bullet and did it. But I still remember, before every call, the time spent thinking about how the conversation would go, what they might say, what I would say in return, like an athlete visualising the win. I think any talent I have for dialogue between characters has its roots in that anxiety, that visualisation and rehearsal.

So anyway, that's my theory, backed by observation of many of my fellow authors. I feel that a good number of us share a weakness that we have made a strength.

Wobble and I are overjoyed.
Pre-ordered versions come with extra love and 60% more intangibles. 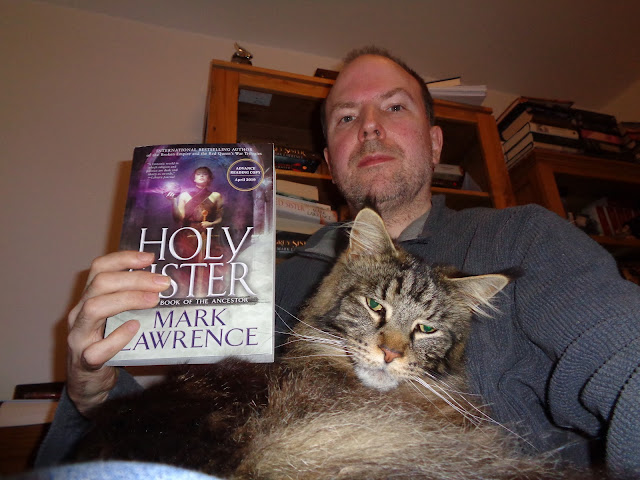 A Book of the Ancestor short story!

You wanted a Nona short story for Christmas, so I got you one!
Only ... you have to buy it. And wrap it up. And give it to yourself.
Out December 19th. Pre-order now while stocks last.
#MayContainNuts #AlsoKissing
Buy it here for the UK and here for the US. 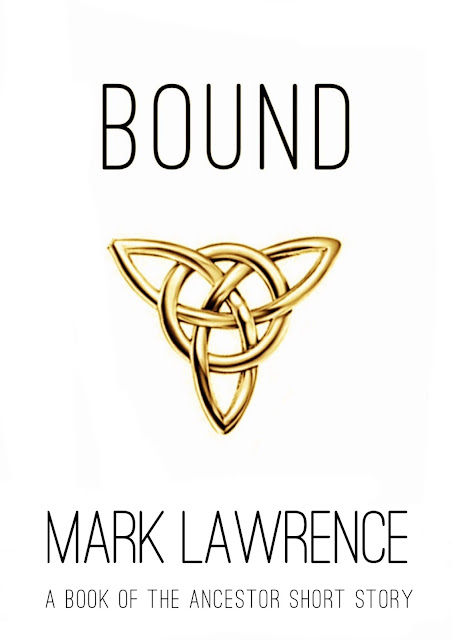 Posted by Mark Lawrence at 13:09 No comments: 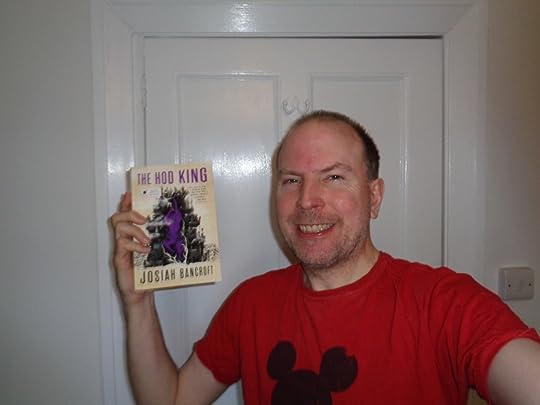