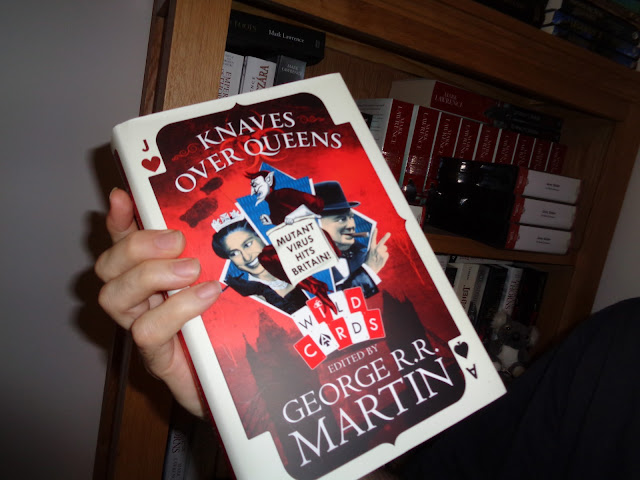 This is out today, June 28th! Order it here.

I'm proud of my contribution. I think it's probably the best short story (15,000 words) I've written, though think "During the Dance" rather than "Know Thyself".

I came up with my character and her super-power by spit-balling a few ideas with GRRM via email. As it says on the tin, the book is edited by George, our benevolent-kinda overlord. I was amused to find myself being encouraged to add a "food scene" into my story by the king of fifteen course feasts. But actually it was very sound advice, well motivated by events in the story, and made the end result stronger.

Jane Johnson, my editor at Voyager, took over to add final polish to the anthology, and here it is! 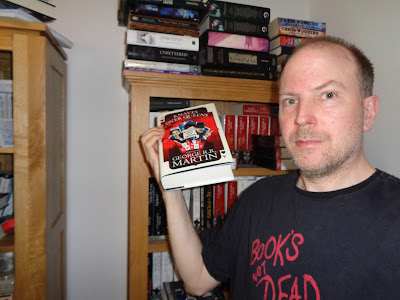 It's the 26th(ish) volume in George Martin & Melinda M Snodgrass's shared world, Wild Cards, but it's the first one set in the UK and covers the whole history of the series from 1946 to present day. So you can start right here!

The premise is simple. An alien virus, the Wild Card virus, breaks out in various locations across the years. Where it strikes it kills 90% who catch it, leaves 9% with profound and weird deformities (the Jokers), and 1% it leaves with a wide variety of super powers.

It's a nice fat book with longish short stories from ten mostly British and Irish authors, each introducing a new British Ace (though I guess there might be some jokers in the pack too). 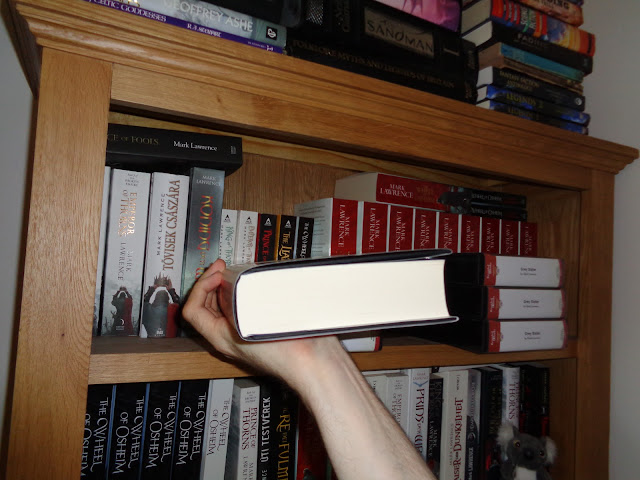