High points include the release of Grey Sister. Grey Sister turned out to be my eighth novel in a row to make the Goodreads Choice Award semi-final and became my first since the Broken Empire books to make the final ten! Another high point was when Red Sister made the finals of the David Gemmell Legend Award! 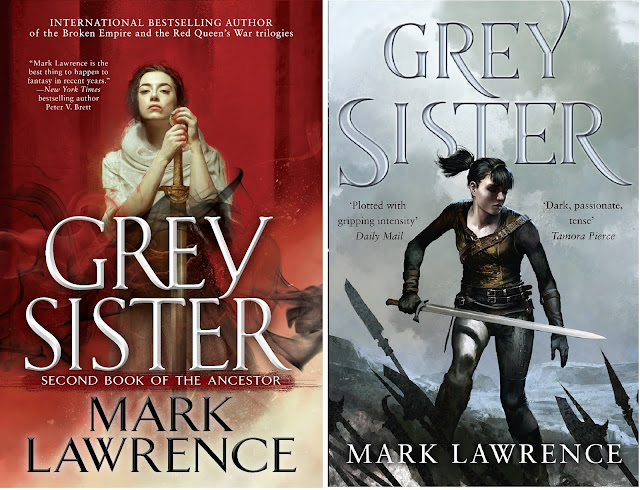 And on the 19th of December my Book of the Ancestor short story, Bound, goes on sale. Snag a copy on Amazon! 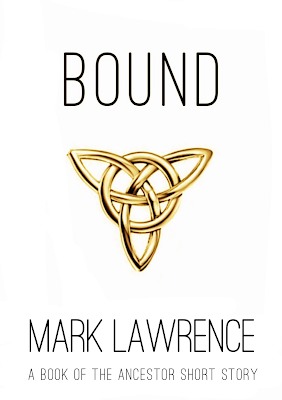 2018 has seen last of the Broken Empire special edition from Grimoak selling out, with all of the initial 1000 gone, and the announcement of the special edition omnibus for The Red Queen's War. You can pre-order a copy here.

April next year sees the arrival of the third and final Book of the Ancestor, Holy Sister, and the first of my sci-fi series, One Word Kill. Pre-ordering both would be a mark of genius! 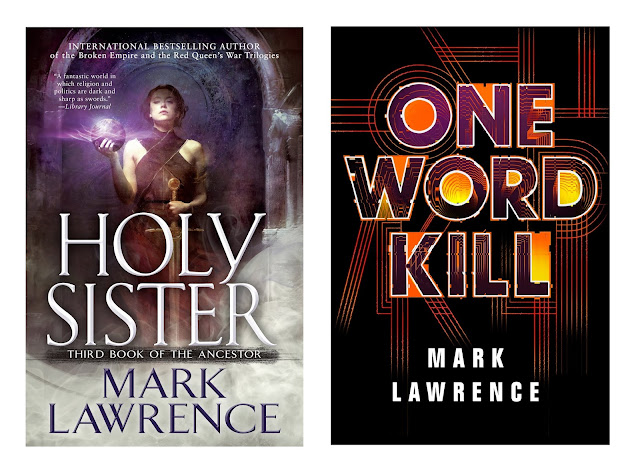 The Four Horsemen of the Apocalypse card game kickstarter finally delivered! Hoorah for Gallant Knight Games! See the game here and maybe get a deck for Christmas! 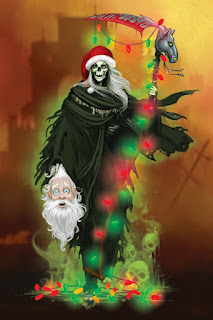 I also did my first writing for a computer game, crafting lore and legend and characters for the recently released multiplayer game, Ashen! 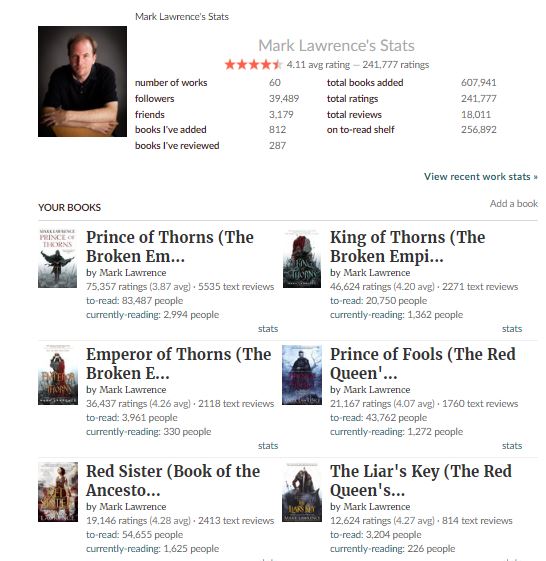 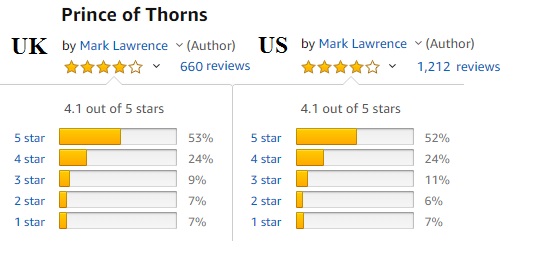 The blog got its 2.5 millionth hit in 2018, though I have been neglecting it somewhat. Must try harder! 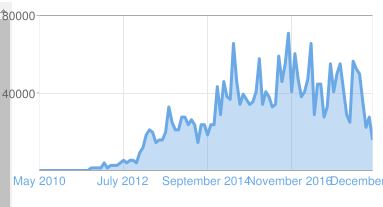 And finally, Twitter, where I've broken the 20,000 follower barrier!
Which is really very small beer in the world of tweeting. My biggest follower (Joseph Morgan has 2.5 million followers!) 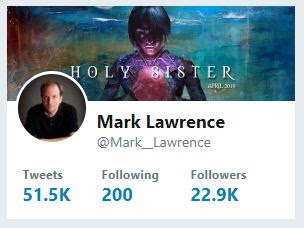