A Guide to Lawrence!

It's come to my attention that I have many books published!

Increasingly I get asked by potential Lawrence-readers where they should start. The answer is: "With any book 1 of any trilogy." And: "It depends on what you're looking for."

It should be noted that my trilogies all vary considerably in character and tone - so you may love one and find another not to your taste. It's allowed! And it means that if, for example, you found Prince of Thorns too bleak and violent you might enjoy the hell out of Red Sister or One Word Kill.

(helpfully I include a grimdark rating!)

You can start with any of my trilogies - my other books are not required reading. 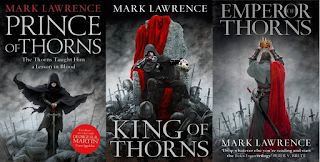 This trilogy follows Jorg: a violent, amoral young man. It's dark, it's grim, it maybe grimdark. Not for the weak-stomached or those seeking a main character they can cheer without reservation.
Grimdark rating = 4.42 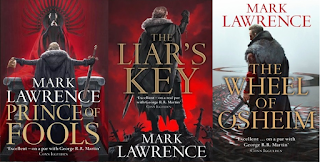 The main character, Jalan, is an idle, womanising, coward supported by a big-hearted Viking. Still dark and violent but with added humour.
Grimdark rating = 3.27

Book of the Ancestor 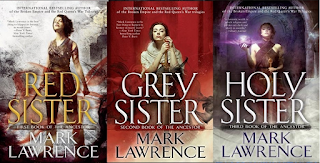 We follow Nona as she's trained by what have been inaccurately described as "gay murder nuns". A much nicer person than Jorg or Jalan but still with a darkish violent streak.
Grimdark rating = 3.08

Set in the real world in the 1980s - we follow math genius, Nick, as he navigates life in London, D&D games, that girl, and ... a science-fiction mystery. My least violent books!
Grimdark rating = 1.50


Book of the Ice 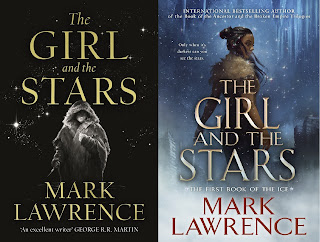 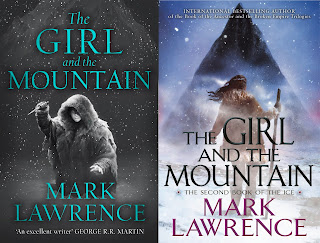 Yaz is the closest I've come to an actual hero who looks beyond her own circle and needs. She's not a warrior but she'll fight for those that need her.
Grimdark rating = 2.87

The Broken Empire & The Red Queen's War are set in the same world. You can read them in either order. 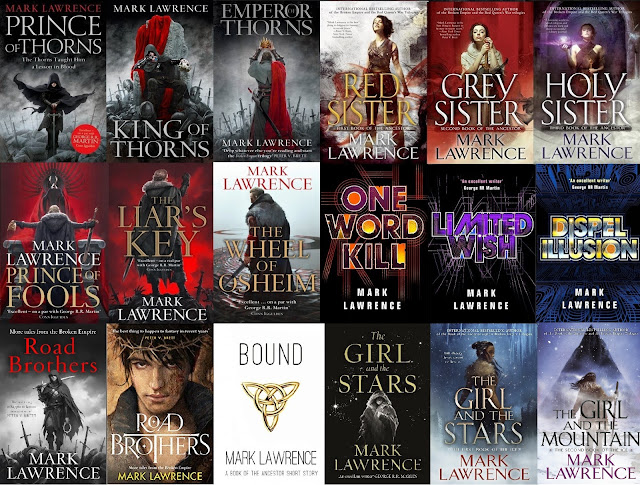