I am not my character. Duh.

Niven's Law: "There is a technical, literary term for those who mistake the opinions and beliefs of characters in a novel for those of the author. The term is 'idiot'."


The past 18 months have been a great experience. There have been small negatives though, and this aphorism pretty much sums them up. I was moved to blog on it by an unexpected and quite illuminating observation.

A few months back I dived into a forum debate prompted by Joe Abercrombie's post 'The Value of Grit'. Joe and a whole bunch of other authors engaged in the discussion along with other regulars.

One author particularly passionate about issues concerning the portrayal of women and the undesirability of graphic rape scenes etc was Francis Knight, a lady of strong feminist principles. She had a lot of sensible things to say.

Imagine my surprise then when browsing Goodreads I discovered that she finds herself in the position of having the top of her review listings capped by a 1* piece accusing her of sexism. The reviewer states plainly that they know what Knight thinks of women (and it's not good!). This view was probably not helped by the fact the reviewer read and reviewed the book thinking Francis Knight was a man. It would be interesting to see what would have resulted if they hadn't had that misconception. (The fact that 'Francis' is not the author's real name could lead us into a whole other debate on women and gender-neutral pen names... but let's not go there!) 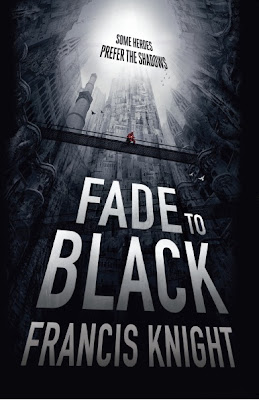 I found this ironic because similar accusations have occasionally been levelled at me. At the start of the aforementioned debate Francis and I were supposedly on opposite sides. This division being wholly the construct of people who'd not read my books but had read the rare, but controversial (& therefore well known) reviews that painted me as the enemy of all that's good (see blog post title).

The debate fizzled out when the people who were 'against grit' (whatever grit actually is) turned out not to have read (or at least have read and then be ready to decry) any of the books commonly labelled as gritty. We appeared to settle on the consensus that if books as terrible as the ones people were up in arms about actually existed then we wouldn't want to read them. Thus the debate was more a case of one section raging against books that don't exist whilst another section tried to point out that such books don't exist.

In any event - it seems like Francis suffered from the same strange phenomenum that I, and I guess all other authors, do... namely readers thinking that they are their character.

Francis wrote about a sexist man - some readers have demonstrably assumed she is a sexist man.

This seems to be hard-wired into the human psyche and even intelligent individuals can slip into it. We react emotionally to fiction. If that fiction centers on a particular character who we have strong feelings about, particularly if it's written in the first person, we as a species have trouble separating author from character and it slips into what we say about both.

An ostensibly more sophisticated spin on the same idea, and one that I've seen in a couple of places, is that the character is an aspiration, an avatar, i.e. who the author wants to be. This seems clever until you take three seconds to consider it... then it's stupid. Authors of fiction (at least the ones you might wish to read) possess a better than average imagination. If they want to imagine themselves in some sort of Mary/Gary Sue/Stew role where they are 'winning all the sports' they can lean back and do so. If they take on the considerable labour of many months (or years) to create an entire book then they are either making a conscious effort to create a work of entertainment, and selecting characters who will get the job done, or they tend to have something more to say than, 'Look at mmmmeeeeeeeee! I'm great!... or I would be if I was... you know... this guy here.'

So the tl:dr for those who have scrolled to the bottom is:

I am not my character. Not this one. Not the next one. Not the characters who disagree with them... it just.doesn't.work.that.way.

I'm not Jorg. I'm not angry all the time. I am not a stranger to fear. I don't consider friends to be assets to be spent easily in the pursuit of my goals. I am clever.

I'm not Jalan. I don't chase after all the women nor would I experience his level of success should I try. I am considerably more loyal to my friends and more considerate of other people. I don't ever go berserk. I am cowardly. I am a bad loser.

I'm not Nona. I'm sorry to say that I won't die for my friends. I am far less brave or determined. I do take things to heart and doubt myself.

I'm not Snorri, or Makin, or Gomst or Dr Taproot, or Kettle, or Abbess Glass.

Again. It doesn't work that way. And even where I share a trait, that's also true for hundreds of millions of real people. We all have much in common. 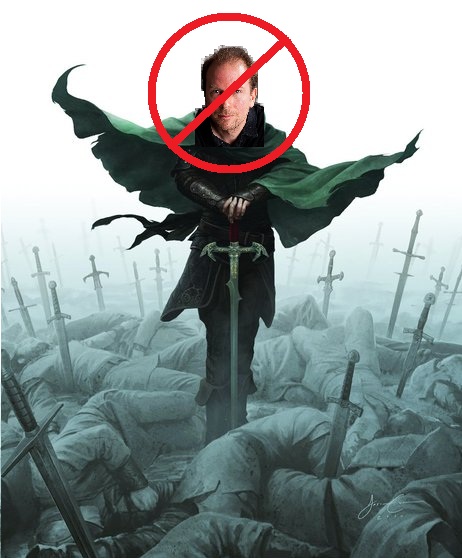