Coming 4th is generally held to be pretty hard if you're in the Olympics, but in the Self Published Fantasy Blog Off there are no medals for second place in the heats.

As a small consolation I've invited the authors of the 2nd placed books (where the bloggers were ready to name such a book) to take part in an 'exit' interview, modelling it on these interviews I did with self published authors back in 2012.

Here's more from those who responded! 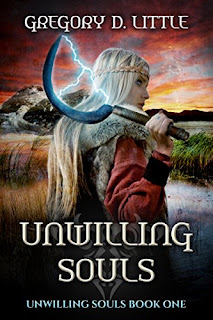 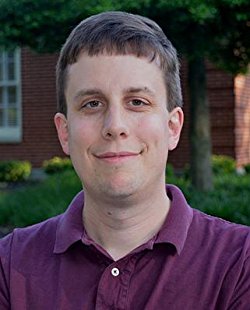 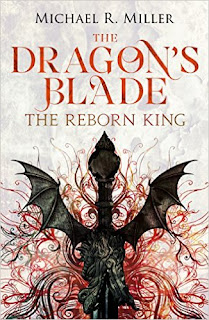 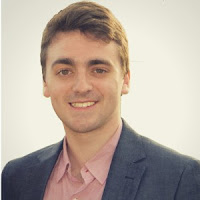 1. Score out of ten the following reason you write (10 = nail on head, 1 = no part of me has ever even thought this). You may qualify your numerical response with a tweet length text addition if you so desire.

-I hope to become rich

[Greg] 3. My high school drama teacher once told his aspiring actors "if you can do anything else and be happy, do that instead." I'd love to be able to support myself writing, but I'll keep doing it even if I never make money.

[Michael] 4 - If money was the only driver I’d be chasing something else.

[Michael] 10 - That would mean either one of my parents or my sister didn’t even bother to read it. That’s just plain sad!

[Greg] 8 - The stories come whether I will them to or not, and as I have an overactive imagination, writing them down is healthier than letting them stew in my head. I can get pretty cranky if I've gone too long without writing.

[Michael] 8 - I definitely feel anxious when I’ve not written in a few days. There is a workaholic element to it.

[Greg] 7- As long as those praising me are being honest, I'd be lying if I said I didn't enjoy it.

[Michael] 7 - Reflecting on how I react to positive praise (Singing in the Rain style dance around the flat) vs soul crushing critique (moping), sums it up.

-To prove wrong somebody/bodies who said I wouldn't succeed

[Greg] 3 - I've had a lot of great support as I've pursued a writing career. My biggest critic is inevitably myself.

[Michael] 2 - There’s always going to be a lot of ‘sucking air in through teeth’ from people. If I took that to heart I’d have been scared off long ago.

2. You've opted to self-publish. Did you ever try to have a publisher do it for you? Are you still trying? How much success are you finding?

[Greg] I've got short stories published in a couple of anthologies and e-zines. I've tried the traditional route for novels as well, and continue to submit a few other manuscripts outside this series.  My writing time is limited enough that the timelines of traditional publishing are tough to manage. Of course, self-publishing brings different challenges and is a humbling experience. I'm still learning my way on the marketing side of things, which is one of the reasons I entered SPFBO in the first place!

[Michael] I didn’t submit Dragon’s Blade but I do intend to try traditional when I have something fresh to offer. Weighing success has to be a relative thing and it’s so hard to gauge, even more so in self-publishing. Book 1 is in profit so I see that as good sign going forwards.

[Greg] Lots! You have maximum freedom, but all the responsibility (and every decision) is on you. I'm fortunate to have an editor, cover artist, and book designer that I have complete trust in, and that helps. I spend too little time on self promotion, partly because I have a natural aversion to it, but also because I quickly learned that you could spend essentially infinite time self promoting with poor return on investment. Right now I'm focusing on increasing my catalog of works while reacting to targets of opportunity as they come along.

[Michael] I actually used an indie press to help me. Some call this ‘assisted self-publishing’. It meant paying a premium but led to less stress for me and professional help every step of the way. Honestly my time has probably been split 50/50 over this last year. I’m remaining hopeful that percentage will shift in favour of writing as time goes by.

4. Write one short paragraph to convince readers your book's the self-published work they should experiment with _or_ supply three paragraphs from your book to do the talking for you. Which do you choose?

[Greg] In an attempt to turn a previous weakness (setting) into a strength, I wrote a book where the gods are imprisoned in the world's hollow center, and the metal mined to make that prison can be combined with human souls harvested from Heaven and Hell to forge magical tools that drive the economy. Humankind slew the city-sized beasts the gods created to destroy civilization and now the beasts' corpses serve as cities in turn. People live in the bones of a viper draped across a mountain pass, or the mile-high skull of a crocodile, or the husk of a tarantula whose horse-sized offspring punish any violent act carried out in the body of their mother. My heroine, Ses Lucani, is an apprentice jailer of the gods and the teenage daughter of bitter enemies. Her parents, a powerful business magnate and a terrorist, refuse to acknowledge she even exists until someone tries to break the gods free of their prison on her sixteenth birthday.

“They feel heavy,” said Darnuir. “Heavier than any stones their size should be.” His head began to pound again, more acutely and painfully than ever. He winced. “What magic is this?”
“It is not magic but memory,” Blaine said.
“I was not aware that memories had a weight,” Darnuir said.
“Oh but Darnuir, memory is the heaviest of all things,” Blaine began solemnly. “Even the strongest shoulders will be hunched by it in time. Nothing weighs upon us more, nor for longer, than memory.”

5. The first great book, poem, and album that pop into your head?

[Benedict] Neverwhere by Neil Gaiman, On First Looking into Chapman's Homer by John Keats, Hopes and Fears by Keane.

6. What has been the most effective mechanism (which is open to others) in getting readers? (we can omit the SPFBO)

[Greg] At the risk of this sounding like a cop-out, it's going to differ for everyone. Simple networking and word-of-mouth has worked best for me. Find people you know who are passionate about books and, if they like your work, get them talking. I'm also fortunate to have a large network of fellow writer friends from the Superstars Writing Seminar (a seminar about the business aspects of writing, both traditional and indie, that I recommend wholeheartedly). They graciously provide all forms of support, including that of a signal boost when you publish something.

[Michael] Getting a Bookbub feature deal was a stroke of luck and the most effective in terms of volume, but it’s not a steady way to bring in readers. Bloggers and booktubers have been great to me in the main. To that end I say hone your pitch/blurb to perfection and make sure your cover is of the highest quality.

[Greg] This has been such a great experience. I'm honored to have made it this far, and I'd just like to thank you again, Mark, for the contest and the opportunity of this interview. I'd also like to thank Lynn of Lynn's Books for giving so much of her time and energy to SPFBO. It's days like this that keep me going past the frustrations and disappointments. To potential readers out there: take a chance with an unknown author (doesn't have to be me!). If there's one thing I've learned, it's that being unknown has zero correlation to the quality of the work. If you like what you find and you have friends and family with similar taste, think how easy your holiday shopping just became!

[Michael] There is no denying self-publishing is difficult but breaking into the traditional system is no picnic either. So do what’s best for you and your goals for that book. For me, it’s not even been a full year since release yet. Twelve months ago I’d never have imagined being interviewed on Mark Lawrence’s blog. So you never know what might happen. If you write, go to conventions if you can. Connect not just with readers but other writers too. If you’re unable to meet people in person then do so online (Fantasy Faction, reddit etc.). Be genuine and be generous to others. You’ll feel better knowing you’re not alone and good things will come in time.