Here's a wordle made from the text of a dozen or so articles on grimdark:


What is Grimdark? It's a phrase that gets thrown around a lot - often as an accusation.
Variously it seems to mean:

I've seen lots of articles describe the terrible properties of grimdark and then fail to name any book that has those properties.

So what would be really useful is
a) what you think grimdark is
b) some actual books that are that thing.

There were ~150 comments. Here are the authors who were either mentioned as having written a grimdark book or having been mentioned in that category then had somebody else argue that they were not. 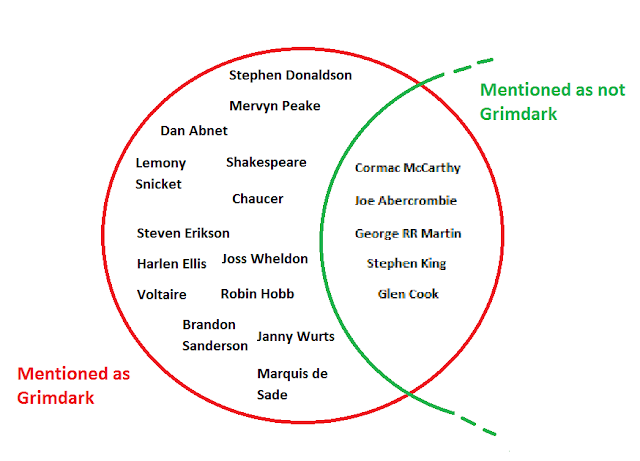 So, that should have cleared that up then!

Or if you prefer the proximity to Abercrombie theory...

Here's the lethality radius of a modest (1 megaton) nuclear bomb dropped on Joe Abercrombie's house. You can see it would be a poor day for myself and Luke Scull too - both of whom have in the past (though not in this exploration) been accused of / praised for writing grimdark. 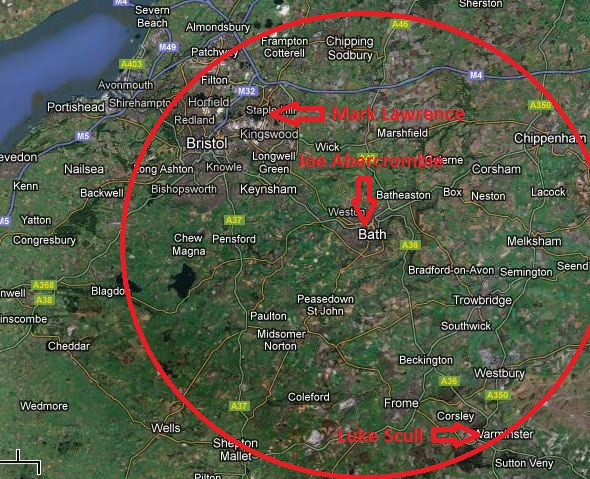 The same bomb drop on a larger scale map! 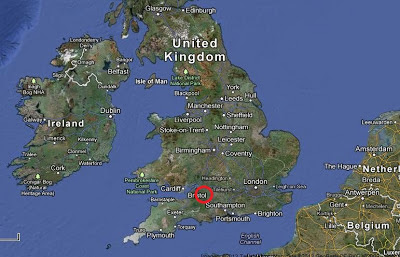