So last year I did a stupidly huge giveaway and had many fine entries. 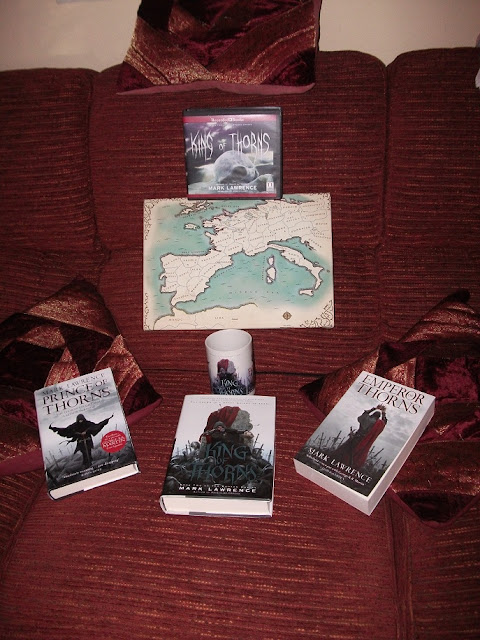 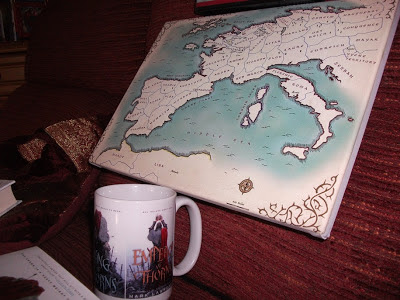 If you happen to already have any of these, or just aren't that bothered about signed books, then I will substitute on request good fantasy books that I've enjoyed recently.

There will also be prizes for 2nd, 3rd, and 4th places - to be decided - probably a book/T-shirt/mug.

So last year it was making a video of a scene from Prince of Thorns. This year the scope is broader. You can send in anything you like as a competition entry. Anything.

The winner will be determined by popular vote, but this will only include people who already follow this blog, or me on twitter, or facebook, or who are friends/fans on Goodreads. This will hopefully ensure the best entry wins rather than the person with the most friends (last year we were fortunate that the person with the most friends also submitted a most excellent entry).

In addition to the vote I will award a prize at random to one entry, so you can win by luck as well as skill.

I will post entries on this blog as they come in.

i) Do a video of any scene from the trilogy. 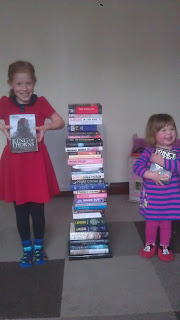 v) Do a spot of book toppling

vii) Do a cosplay of Broken Empire characters

viii) Redesign the cover of any of the books

x) Draw any character or scene from the books 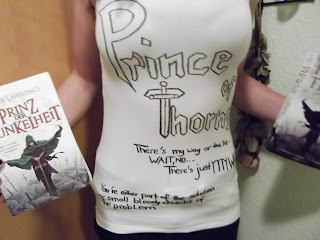 The competition will close on midnight GMT July 7th 2013, followed by a week to collect votes.

Send your entries (or links to them) to me at empire_of_thorns@yahoo.co.uk